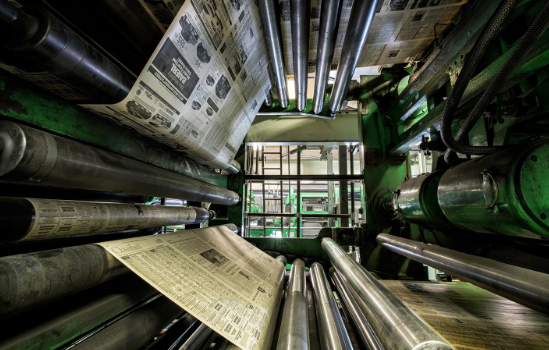 The statewide shutdown of most businesses and a halt to events, ordered to slow the virus’s spread, have dried up advertising revenues at news outlets across Washington, reports The Seattle Times.

Layoffs and furloughs have followed, putting additional pressure on the remaining reporters and editors, who are already working overtime — and usually working from home — to feed the public’s need for news about the virus.

Tennessee-based Adams Publishing Group, which owns nine Washington papers, including dailies The Skagit Valley Herald and The Ellensburg Daily Record, on Tuesday reduced the workweek to 30 hours for all employees and executives, according to a letter Adams sent to its workers.

In Spokane, The Inlander temporarily laid off eight of its 35 employees, including two editorial staff.

EO Media Group Wednesday laid off 47 people across its 12 newspapers across Oregon and Washington, including the Bend Bulletin and two Long Beach papers, the Chinook Observer and Coast River Business Journal. In tiny Forks, The Forks Forum has temporarily ceased print publication and gone to online-only publication pending a final decision about the paper’s future a month from now.

At The Seattle Times, some sports reporters have been temporarily reassigned to other sections amid blanket postponement of entire sports seasons, but the paper has not suffered layoffs and is not expected to do so, said Alan Fisco, president of The Seattle Times Co.

Unlike other local outlets, the majority — 63% — of The Seattle Times’ revenue now comes from its subscriber base. Digital subscribers are growing “dramatically,” Fisco said.

“That allows us to weather this a little better than many, many other newspapers,” he said.

Still, he said, the paper’s advertising revenue has taken a major hit.

Also in Seattle, Hubbard Radio's Top40 KQMV Movin' 92.5 , AC  KRWM Warm 106.9 and country KNUC 98.9 The Bull Friday started airin hourly updates produced by bonneville Nes/Talk KIRO 97.3 FM. In return, KIRO-FM will encourage listeners to pause from the news and listen to the music stations “as a source of encouragement and relaxation in this extraordinary time,” a release read.
Posted 4:01:00 AM