Byron Allen On Supreme Court Ruling: 'A very bad day for our country' 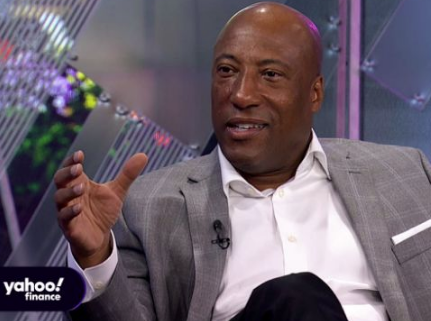 Allen, the chief executive of Entertainment Studios Inc., claims Comcast refused to license his company’s channels — for instance, Cars.TV and Pets.TV — because he is black, claiming Comcast discriminates against minority-owned programming in its licensing agreements.

The 9th U.S. Circuit Court of Appeals, based in San Francisco, ruled last year that the case could proceed, and the Supreme Court announced in June that it would hear the case. The Supreme Court’s unanimous ruling on Monday sends the case back to the 9th U.S. Circuit Court of Appeals to reconsider its decision. In an opinion written by Justice Neil Gorsuch, the court ruled that Allen had to demonstrate that “but for race,” Comcast would have licensed his channels.

"This is a very bad day for our country,” Allen told Yahoo Finance in a statement. “Unfortunately, the Supreme Court has rendered a ruling that is harmful to the civil rights of millions of Americans.”

Allen vowed to pursue a solution through federal legislation.

In its own statement, Comcast said it was pleased that that the high court had “restored certainty” as to the standard required to bring civil rights claims.


In an interview on “Influencers with Andy Serwer,” taped in July, Allen told Yahoo Finance Editor-in-Chief Andy Serwer that the lawsuit is about more than just racial bigotry at the highest echelons of show business.
Posted 1:22:00 AM