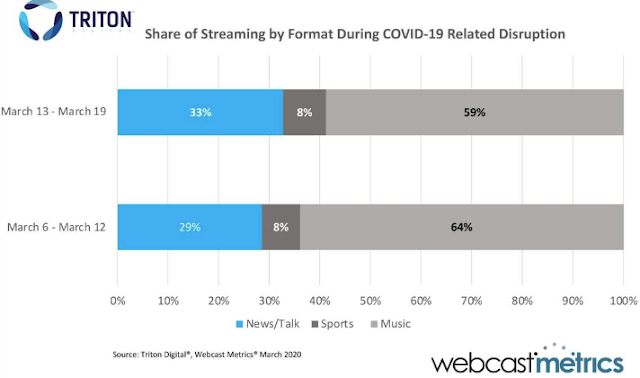 Triton Digital has released new data around the consumption of both AM/FM streams and station formats in the U.S. during the COVID-19 disruption, from March 6th through March 19th. 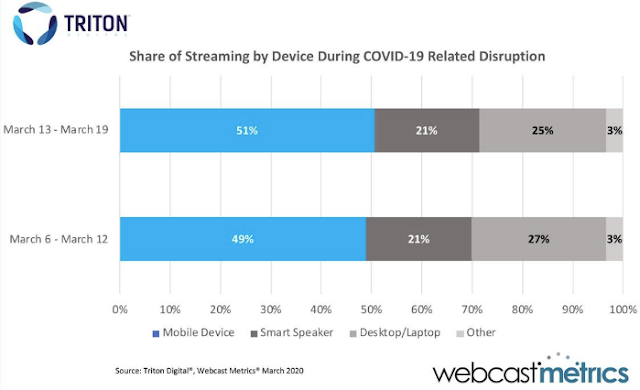 Consumption patterns by device remain very stable, with streaming on mobile devices increasing from 49% to 51% of the total. Further, the share of streaming on Desktops/Laptops decreased slightly from 27% to 25%, while Smart Speaker’s share of consumption held stable at 21%.

“Radio in every form – broadcast, streaming audio, and podcasts – remains a trusted and relied upon medium for news and entertainment in the United States,” said John Rosso, President of Market Development at Triton Digital. “Despite the dislocation of many workers, this data shows the remarkable stability of the medium, as well as the importance of radio in delivering information in a time of crisis.”
Posted 2:23:00 AM