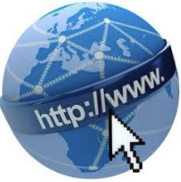 Home internet and wireless connectivity in the U.S. have largely withstood unprecedented demands as more Americans work and learn remotely.

The Wall Street Journal reports broadband and wireless service providers say traffic has jumped in residential areas at times of the day when families would typically head to offices and schools. Still, that surge in usage hasn’t yet resulted in widespread outages or unusually long service disruptions, industry executives and analysts say. That is because the biggest increases in usage are happening during normally fallow periods.


Some service providers have joked that internet usage during the pandemic doesn’t compare to the Super Bowl or season finale of the popular HBO show “Game of Thrones” in terms of strain on their networks, Evan Swarztrauber, senior policy adviser to the chairman of the Federal Communications Commission, said this week on a call hosted by consulting company Recon Analytics Inc. 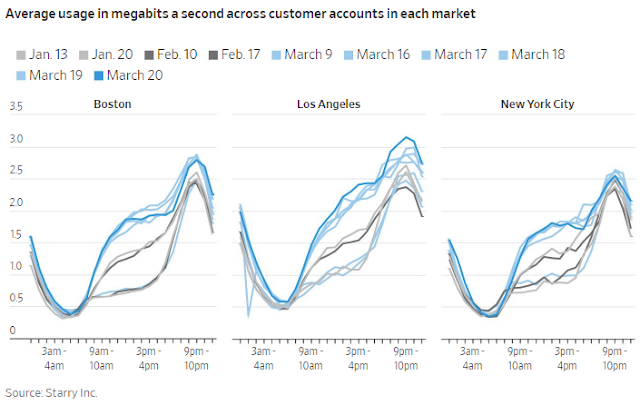 Broadband consumption during the hours of 9 a.m. to 5 p.m. has risen by more than 50% since January, according to broadband data company OpenVault, which measured connections in more than one million homes. Usage during the peak early-evening hours increased 20% as of March 25.

OpenVault estimates that average data consumption per household in March will reach nearly 400 gigabytes, a nearly 11% increase over the previous monthly record in January.
Posted 4:38:00 AM