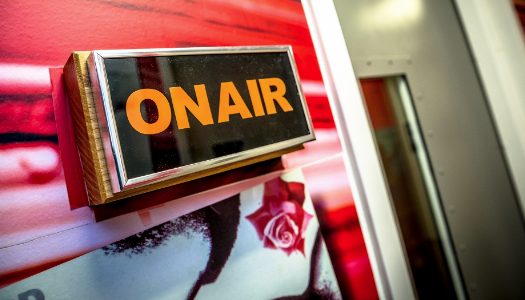 Radio Hosts and executives at the big three Long Island radio groups (JVC, Connoisseur and Cox) say more, and perhaps many more, people are tuning in than usual. Newsday reports media consumption is up everywhere because audiences are captive and the appetite for information is insatiable.

Yet for Long Island radio the COVID-19 pandemic is unprecedented and, at least in theory, potentially catastrophic. The streets are empty, most stores and offices closed. Cars and offices are radio's natural element and key venues, while morning drive-time is radio's prime-time but "there's no doubt that after 7 a.m. we're feeling increased interaction from a larger quantity of  listeners," says Luce. "They're Long Islanders with more time to listen, less hectic schedules, and they're spending more hours listening because this is a serious situation."

Ana-Maria Caraballo, co-host of a Spanish-language morning show on WBON 98.5 La Fiesta, says "We usually get a surge of listener [calls] at 8 a.m. and now the same thing is happening from 6 a.m. all the way through to 9 p.m. at night."

Jim Condron, who runs Connoisseur's five LI-based stations (WALK, WBZO, WKJY, WWSK and WHLI) declines to offer specifics about listenership, but confirms that "there will be a dramatic change in where people listen and how people listen."

Like the rest of the media world, radio has pivoted to meet the times, reports Newsday.  Listenership may be up, but business is lousy so in lieu of ads, stations are airing PSAs reminding everyone that this horror show will be over some day and their doors back open. Without ads, there's more music on their air and lots more talk too.

They're also reaching out to listeners in new and novel ways. Connoisseur, for example, has forged an alliance with LI Cares to help "80,000 food-insecure school-age kids," says Condron. Along with her radio show, Caraballo has launched a Facebook Live series for her listeners, many of whom are particularly hard pressed, telling them "how to get financial help, where to go for supplies, where to go to report price gouging," she says.

John Caracciolo, chief executive of JVC Media which owns four Long Island stations along with a handful in Florida, says "we're tough on Long Island, and we stick together, and we get mad together and — I think — we stand together. In Florida, everyone's spread out and it's every man for himself."

He admits something else has now crept into the conversation. That would be fear bound to isolation.

Andrew Sykora, the "Syke" of WBLI 106.1 FM's long-running morning team "Syke and MJ,"  puts it this way: "We're always supposed to smile-and-get-through-this, and as Long Islanders, we always get through whatever we're faced with. When there's a crisis we come together but with this pandemic we're told to stay apart." Radio at least offer some chance to re-group, he says.

Carol Silva, recently retired News12 morning anchor who spent the first part of her career at various Long Island radio stations, says that radio can "hyperlocalize" in ways TV couldn't even dream of but adds that "people literally want to be heard and radio offers that opportunity. It's much easier to have a two-way conversation with listeners who are used to calling their radio station. It's what they do."
Posted 4:07:00 AM