Broadcasters Beginning To Feel The Pain 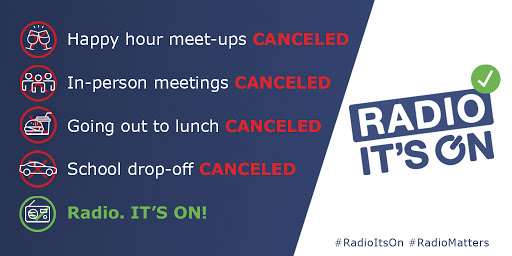 Dozens of local newsrooms began laying people off this week out of fear that the economic hit of the coronavirus could severely impact their ad revenue, reports the website Axios.

Why it matters: Local news was already facing dire strains in the United States. The coronavirus and a pending recession could push the industry into near collapse at a time when people need access to local news and information more than ever before.

Driving the news: Despite the fact that local outlets are experiencing higher levels of traffic and viewership in years, many have wasted no time trying to get ahead of what will be a long, financial struggle.

Many of the layoffs are occurring at small weekly or non-daily papers and community magazines, Nieman Lab notes.  Some have suspended publishing, like Riverfront Times and the Sacramento News & Review, Portland Mercury, The Stranger in Seattle and The Pulse in Chattanooga, Tenn. Others have instituted pay cuts for its employees.

Small broadcasters are already feeling the pain of the pandemic as advertising sales drop off. Neuhoff Communications, which has 20 radio stations, said advertising has been decimated as local businesses close their doors.

"Economically, this is devastating,” CEO Beth Neuhoff said in an email. “We are modeling daily on how to keep people when we have no money coming in the door.”

The company cut its 401K match on Monday, a move Neuhoff said felt “draconian” at the time. The next move is massive layoffs, she said, and she fears some advertisers may not be able to pay on time for the ads they’ve already sold and run.

Urban One’s radio division revenues fell 11.6% to $45.0 million during fourth quarter 2019, compared to $50.8 million one year earlier. Radio ad revenues declined 9.2% to $48.4 million from $53.3 million, mainly due to the loss of political. Excluding political, same station radio billings were down 2.9%.

Billings at Reach Media, which syndicates shows from Rickey Smiley, DL Hughley, Russ Parr and others, tumbled 14% to $8.0 million from $9.3 million.

The landscape of sports radio has drastically changed since the Coronavirus Pandemic struck the world. College and pro teams have canceled or suspended their seasons because of this fast spreading menace, which means many fans are going crazy without their sports distractions. Most are adjusting their lives and are coping with this new reality.

The fans though aren't adjusting as much as people who depend on the games we love for their livelihood---sports talk radio hosts. 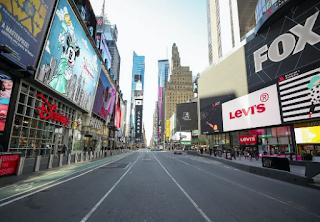 One bright spot:  Fox Sports Radio posted digital audience gains this week. On Wednesday, March 18, FSR podcast listens increased by 28%, compared to a week before (March 11). The increase comes during a time when no live sports are being played.

Additionally, FoxSportsRadio.com experienced record traffic on March 17, which the network says marks the second most-visited day in the website’s history.

A new report from J.D. Power says the coronavirus pandemic could result in vehicle sales falling by up to 3 million this year — unwelcome news for the industry, not to mention radio, which counts Ford and other automakers amongst the medium’s top 100 advertisers.

But there’s a ray of hope, J.D. Power says: The industry can potentially recover, although several wild cards will come into play. Among them: a “highly uncertain” post-coronavirus economic climate; possible government intervention; and whether automakers decide to offer discounts.
Posted 2:14:00 AM