“I get into my car, and KUSC [FM classical music radio] takes me to a better place (psychologically, if not physically) immediately thank you!” Pasadena resident Loren A. Roberts wrote The L-A Times last week in appreciation to the USC-owned classical music station (91.5). Like many broadcasting operations in Southern California and around the world, the station has hastily arranged for its on-air personalities to continue their daily shows from home studios.

It’s too early to have broadcast ratings information, but most stations are seeing increased listenership as the spread of the virus that causes COVID-19 has prompted more and more people to stay closer to home.

At KNX, the round-the-clock news station, “listening is up 44% this week, and up 55% compared to the prior two-week average,” according to John Pacino, senior vice president of product for Entercom Communications Corp., of which both KNX and KROQ are part of a network of 235 stations in 48 states. The increases are based on their streaming numbers, Pacino said.

Like nearly all broadcast radio stations today, Entercom’s member stations also stream their content, making it available to an audience far beyond the reach of its broadcast signal that covers most of Los Angeles and Orange counties.

“The thing that’s impressed me the most,” said KNX News Radio brand manager Ken Charles, “is the number of calls coming in from listeners saying, ‘Thank you for being out there and doing what you do.’ Most of the time you only hear from people when it’s something negative. This has been... ‘heartwarming’ is the only word that comes to mind, to hear positive messages from listeners who are appreciative of the efforts our staff is making.”

She cited a segment on Cali 93.9’s morning drive show in which local business owners are invited to call in, discuss their situations and encourage patrons to continue their support however they can during this time of social distancing.

“In the Hispanic community, we wear our emotions on our sleeves,” she said. “We are there for people to call in and explore how they’re feeling and what they’re going through.”

KROQ-FM brand manager Mike Kaplan spoke of the powerful impact on the staff when they learned that a longtime listener well-known at the station recently died of coronavirus. 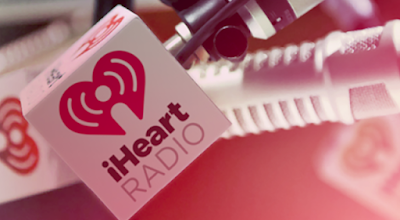 “We’re in the friendship business, and that’s kind of what we’re maximizing right now,” said Tom Poleman, chief programming officer for iHeartMedia, the nation’s largest conglomerate of radio stations with 850 outlets, including KIIS-FM and KLAC 570 among its L.A. properties.

“Radio has always served our communities in times of need, whether that’s with information, companionship or escape from the world with entertainment,” said Poleman. “Now with people locked in their homes, we find they’re craving any sort of human interaction even more; they’re craving hearing voices that are familiar.”

That’s evident numerically, he said, in digital measurements showing usage for iHeart stations overall has increased 30% over smart speakers, 20% over the iHeart website and 22% through smart TV apps. Social engagement with on-air personalities has increased 19% and sharing of iHeart content over social media is up 97%, Poleman said.
Posted 5:03:00 AM