Classic Rock is being reinvented by young musicians, some of whom are barely out of high school, who are channeling bands their mothers and fathers grew up with.

Greta Van Fleet is a rarity in today’s music business: An old-fashioned rock band that could, some music executives say, break into the pop world.

“There’s a theory that rock needs one new band showing up and getting people to talk about rock again,” says Eddie Trunk, a longtime rock personality who hosts a daily radio show on Sirius-XM’s “Volume” channel. “Could this be that band?” 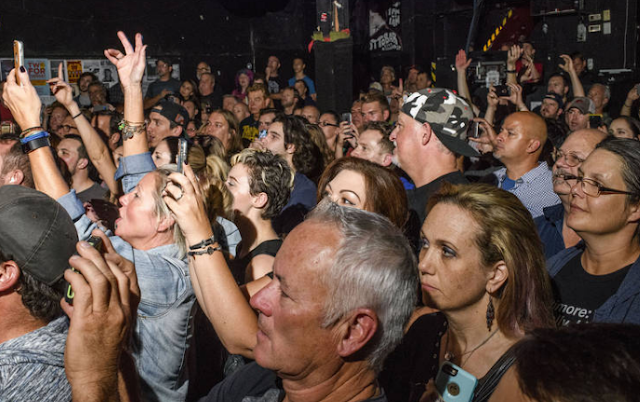 Concertgoers listen to Greta Van Fleet’s set at the Ottobar. As Led Zeppelin borrowed from their blues heroes 50 years ago to craft a new sound, Greta Van Fleet’s channeling of Zeppelin and other classic acts may sound fresh to a new generation, the band’s backers say.