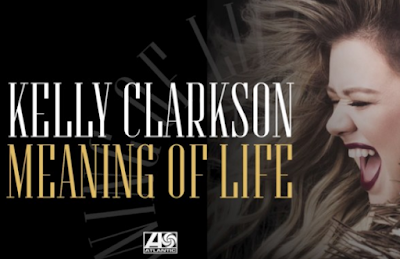 In partnership with local sponsor We Are LA, iHeartMedia and KBIG 104.3 MYFM id presenting the iHeartRadio Album Release Party With Kelly Clarkson, celebrating the Grammy Award winning singer’s new album, Meaning of Life, at the iHeartRadio Theater in Los Angeles on October 27 at 7:00 pm PT.

The exclusive event hosted by 104.3 MYFM on-air personality Valentine, will include an intimate performance and Q&A that will benefit local Los Angeles charities, Bob Hope USO and Children of Fallen Patriots. The event will stream live on iHeartRadio’s Official YouTube Channel and broadcast live across iHeartRadio’s Hot AC, CHR and AC stations.

Fans can bid on packages at IFONLY.com. Winners of the auction will receive six preferred seats, a meet and greet and photo opportunity. The auction deadline is Tuesday, October 24th, 2017 at 1:00 pm PT.

“We Are LA brings families and communities together to support local charities making an impact in Los Angeles through the joy of music concerts. I can’t think of a better way to engage the community through music and support Bob Hope USO and Children of Fallen Patriots, then to have superstar Kelly Clarkson perform her new album on the first day it is released,” said Lou Lucido of We Are LA.

Bob Hope USO will use proceeds to support its new family zone and family programs at the Bob Hope USO at LAX while Children of Fallen Patriots will utilize funds raised to provide college scholarships to military children who have lost a parent while serving in the line of duty.

“What an incredible way to raise awareness and support for the unsung heroes amongst us – military families,” said Bob Kurkjian, executive director for Bob Hope USO. “Kelly is a USO tour all-star and we could not be more grateful to We Are LA and iHeartRadio for bring this event together to benefit our troops and their brave families.”

“We Are LA and Kelly Clarkson’s caring and generosity are making it possible for children who lost a parent in the service of our country to receive a college education,” said David Kim, co-founder and CEO of Children of Fallen Patriots Foundation. “We are truly grateful and honored to partner with them in caring for military families."
Posted 3:06:00 AM