NWS To Issue New Type of Snow Warning This Winter 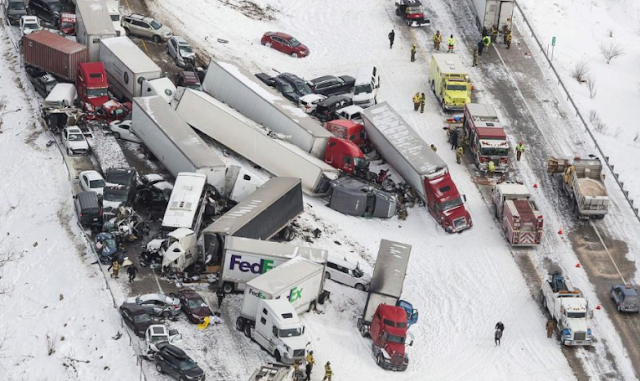 Vehicles pile up at the site of a fatal crash near Fredericksburg, Pennsylvania on Feb. 13, 2016. The pileup left tractor-trailers, box trucks and cars tangled together across several lanes of traffic and into the snow-covered median. (James Robinson/PennLive.com via AP)

A new type of snow warning will be issued by the National Weather Service (NWS) this winter to convey the danger travelers face from an extreme reduction in visibility during short-term bursts of heavy snow.

According to The Weather Channel, a snow squall warning will be issued when conditions warrant by seven NWS offices in the Lower 48 starting in early January.

Snow squalls have historically been a contributor to major highway pileups due to their brief but intense snowfall rates, which drop visibility at moments notice while slickening roads. Snow squalls can occur in situations where there is no major large-scale winter storm in progress and may only produce minor accumulations.

"Annual highway fatalities from these events can exceed fatalities due to tornadoes in many years," the NWS said in its product description for the new snow squall warning. 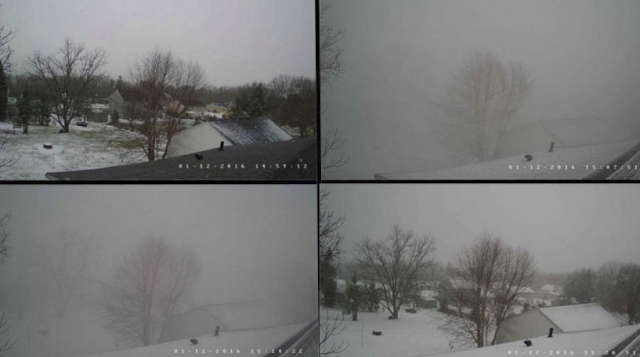 Notice how the visibility in the top two images of the series went from good to poor in about eight minutes. At the bottom right, you can see the visibility improve after the snow squall had ended about 13 minutes later.

Some of the above-mentioned locations near the Great Lakes are prone to lake-effect snow squalls.

To the right is an example of the information contained in a snow squall warning, including cities and highways affected and how long it will last.

In general, these snow squall warnings will be of short duration and specify a localized area similar to what you would see with a tornado, severe thunderstorm or flash flooding warning.

As with all other warnings the NWS issues, they are targeted at state and local officials, media, the general public and others.
Posted 3:04:00 AM