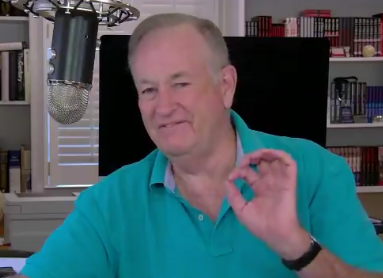 The settlement, revealed by the Times in an article Saturday, was one of several such deals involving O'Reilly. The controversial commentator was re-upped in February only to be dismissed by Fox in April after the Times reported on some of them.

O'Reilly was combative and unapologetic on Twitter, according to USAToday.


My investigative team has done a superb job in exposing the lies and smear. I will speak with you on Monday.
— Bill O'Reilly (@BillOReilly) October 21, 2017


He also posted a statement from spokesman Mark Fabiani saying the Times "once again... maliciously smeared Bill O’Reilly, this time even failing to print a sworn affidavit from his former lawyer, Lis Wiehl, repudiating all allegations."


Previous harassment settlements involving O'Reilly total at least $45 million, the Times claimed. O'Reilly told the Times the allegations were politically and financially motivated and that he "never mistreated anyone."

Fabiani accused the Times of printing leaked information that was "out of context, false, defamatory, and obviously designed to embarrass Bill O'Reilly and to keep him from competing in the marketplace."

Carlson weighed in on the latest O'Reilly settlement on Twitter: