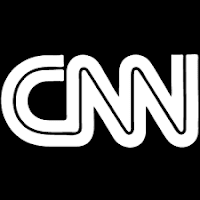 CNN is the favorite target of President Trump's "fake news" accusations against the news media, and it's now chosen an interesting way to fire back, with a new ad out yesterday that stars an apple.

The ad begins with an image of an apple, which stays on screen as a voiceover with text says, "This is an apple. Some people might try to tell you that it's a banana. They might scream 'banana, banana, banana' over and over again. They might put BANANA in all caps. You might even start to believe that this is a banana. But it's not."

The ad ends by showing the tagline, "Facts First," followed by CNN's logo.


Driving home their point more, CNN also switched its Twitter header to a photo of the apple with the hashtag #FactsFirst. Network executive VP and chief marketing officer Allison Gollust told Variety about the new ad campaign, "There's a conversation happening around journalism and media and the First Amendment. It's happening right now. We felt compelled to participate in that conversation with a brand campaign that reminds people who we are and what we do and why we do it."