Sarah Sanders Has Never Seen Such 'Hostility' From Press 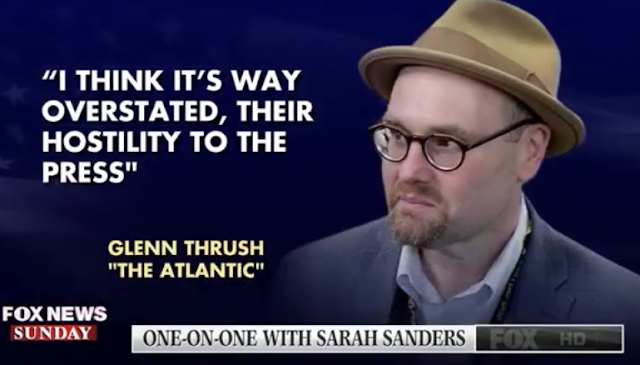 At one point, Perino noted how New York Times correspondent Glenn Thrush recently said the hostility between the White House and the press corps has been “overstated.”

Perino asked, “Would you agree?”

Huckabee Sanders laughed and said, “No.”

Discussion starts at the 3:31 Time Mark:

She said there’s always “tension” between the White House and the press, but that it’s different with this administration:


“I do think there is a heightened tension certainly between this administration and the press… I think you can see that in the coverage. I mean, I’ve been around press and worked in politics my entire life, and I’ve never experienced the level of kind of hostility that I think we see day-to day.”