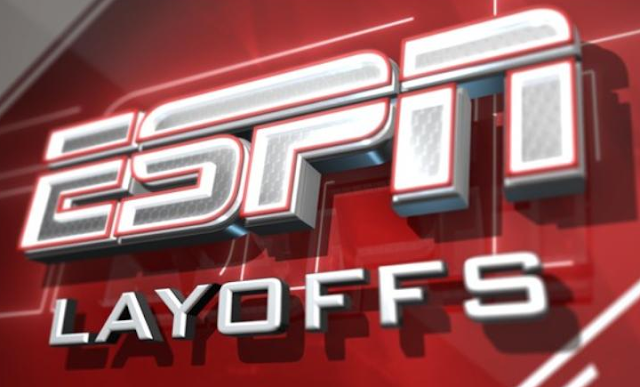 ESPN is planning another round of layoffs just six months after the network fired more than 100 employees, Sporting News reports.

Multiple sources told the sports news site that 40 to 60 people including on-air talent and radio personalities may be sent packing.

The layoffs could come as soon as late November or early December, reports Fox News.

According to Sporting News, the production staff and talent of ESPN's "SportsCenter" are facing possible layoffs despite the network's commitment to promoting new editions of the show like "SportsCenter AM" with Sage Steele, Jay Harris and Randy Scott as well as "SC6" with Jemele Hill among others.

ESPN has faced its fair share of controversies this past year. They let go several veterans of the network in April including Ed Werder, Trent Dilfter and Danny Kanell.

ESPN came under fire in August after they pulled an announcer from a college football game named Robert Lee because his name is similar to that of Confederate general Robert E. Lee.

The network also faced heat after suspending Jemele Hill earlier in October after she violated their social media guidelines twice for calling on Twitter for people to boycott advertisers over the NFL protests and for calling President Trump a "white supremacist."