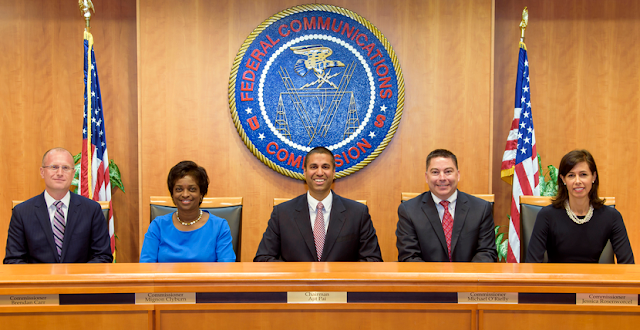 The FCC on Tuesday voted to eliminate a rule that required broadcast station groups to maintain a physical presence in the community of their primary local coverage area, a move that critics say will help media companies further consolidate their operations and even be a boost to the ambitions of Sinclair Broadcast Group.

But FCC Chairman Ajit Pai said the elimination of the rule has been a long time coming and will produce cost savings for stations, reports Variety.

He said the “overwhelming majority” of public input favored the elimination of the rule, citing the support for such an action even from National Public Radio.

“Continuing to require a main studio would detract from, rather than promote, a broadcaster’s ability and incentive to keep people informed and serve the public interest,” Pai said.

The National Association of Broadcasters supports the rule’s elimination, and has argued that it will free up funds for stations to spend on staff and programming.

Commissioner Michael O’Rielly said the elimination reflects how the public currently interacts with local businesses — not by visiting their facilities, but through telecommunications and social media.

“Market incentives and license obligations” will ensure that broadcasters continue to serve their local audiences, he said, and that “it could even pave the way for more local content” and even expand coverage in rural areas. Commissioner Brendan Carr said smaller stations could save substantial sums that will allow them to hire other personnel, including those in news gathering.

The rule dates to 1940. The two Democrats on the commission opposed the change.

“There are many broadcasters who do an extraordinary job serving communities during disaster,” said FCC Commissioner Jessica Rosenworcel. “But let’s be honest — they can only do so when they have a real presence in their area of license.  That’s not a retrograde notion — it’s a fact.”

She said when broadcasters have a physical presence they are “much less likely” to lose touch with their local community concerns, citing examples of radio stations that have continued with music programming and have ignored or even been oblivious to natural disasters occurring in their coverage area.

Commissioner Mignon Clyburn said the move sends a signal that the FCC “no longer believes” that “those awarded a license to use the public airwaves should have a local presence in their community.”

Stations will still be required to maintain a toll-free local number so consumers can still contact the outlet.
Posted 1:59:00 PM