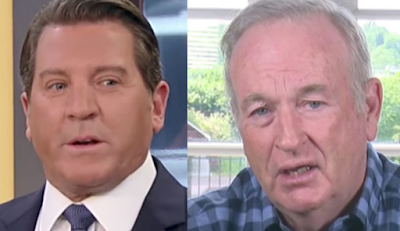 Bill O'Reilly has apologized to Eric Bolling after he alleged that Bolling's son died because of sexual harassment allegations against his father.

O'Reilly, in a rare apology, tweeted:


Apologies to Eric Bolling and prayers for him and his family. The message I tried to send was that allegations harm kids. Nothing more.
— Bill O'Reilly (@BillOReilly) October 23, 2017

Eric Bolling is a stand up guy who deserves the respect I have for him.
— Bill O'Reilly (@BillOReilly) October 23, 2017

The disgraced former Fox News host issued the apology after comments given to the New York Times were released.

He also discussesed the impact that sexual harassment allegations can have on the families of the accused.

He said: 'I urge you to think about what you put in your newspaper. Eric Bolling's son is dead.
'He's dead because of allegations made, in my opinion and in... I know this to be true, against Mr Bolling.'