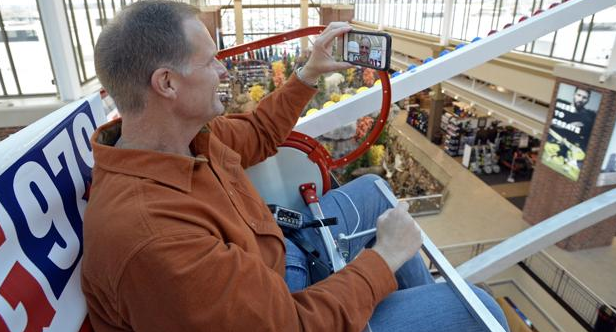 Johnstown , CO Mayor and radio personality Scott James went shopping for a camping pillow before he embarked upon spending 50 hours on the Ferris wheel at Scheels to raise money and awareness for the Larimer and Weld County food banks.

He didn't buy one, but remarked that he may before the two days is up. 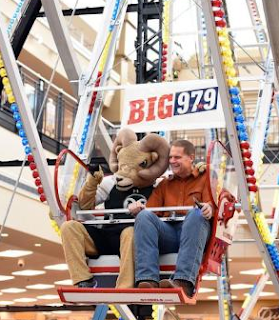 James, a radio personality with Country KXBG Big 97.9 FM, is broadcasting his morning show live from the Ferris wheel, as he attempts to break the existing 48-hour record for a continuous wheel ride.

But, according to The Reporter-Herald, the effort is about so much more than breaking a record or making a splash.

During his 50 hours, from 3:06 p.m. Thursday to 5:06 p.m. Saturday, all of the proceeds from the $1 tokens to ride the Ferris wheel will be split between the two food banks. Donations of money and food also are being accepted at the base of the Ferris wheel, and for $25, the cost of a Thanksgiving and Christmas dinner for one family, a person can ride in the same car with James.

Donations will be accepted in store during the 50 hours, by texting "feednoco" to 50155 or online at feednoco.org.  Online donations may be made through Dec. 8.
Posted 3:21:00 AM