NYC Radio: 'The Pope' Says Girardi Could Get A Job In 15-Minutes 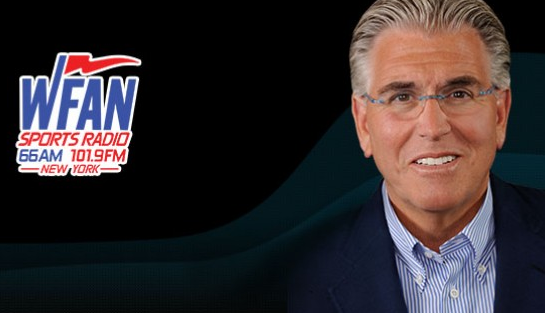 The New York Yankees have parted ways with manager Joe Girardi after 10 years, which made Thursday afternoon's radio show with Mike Francesa as a must-listen show for New Yorkers. Francesa opened his show saying that he was not surprised that Girardi was let go but also would not have been surprised if he came back.

Girardi finished his time in New York manager with a 910-710 record, including a World Series title in 2009. The Yankees were one victory away from reaching the World Series but lost to the Houston Astros in seven games in the American League Championship Series.

"First of all, I've heard rumblings of things this year that there was a little bit of tension," Francesa said in his monologue.


Mike checked all the boxes in the monologue. He told you Girardi would not be back, and Joe will get a job in 15 minutes. pic.twitter.com/o4AeaDQGZm
— Ƒunhouse (@BackAftaThis) October 26, 2017

"I heard that from some people who were close to the situation. And I just thought there was a chance that this was going to happen this year. I'm not surprised. I wouldn't have been surprised if Joe came back but I am not in the least surprised that he's leaving. I don't think anybody should be. We've all talked about it. He leaves with very impressive credentials. He could get a job in 15 minutes if he wants one. We'll see where he winds up."
Posted 3:14:00 AM