The country music industry is either poised for massive growth on streaming services or failing to convert longtime fans to the delivery system that has become the lifeblood of other genres in the music economy.

Those are the dueling conclusions of Music Row executives after a presentation of cutting-edge research by the Country Music Association, writes Nate Rau at The Tennessean.

The importance of streaming, especially on-demand streaming services like Spotify, Apple Music, Amazon Music and Pandora, has been crystallized in sales reports over the past year. In 2016, total revenue from streaming services accounted for 51 percent of the revenue in the music industry, and the growth has continued this year. On-demand streaming was up 62.4 percent for all genres, according to the midyear consumption report by Nielsen Music. For country over the same time period, growth was at 59.5 percent. 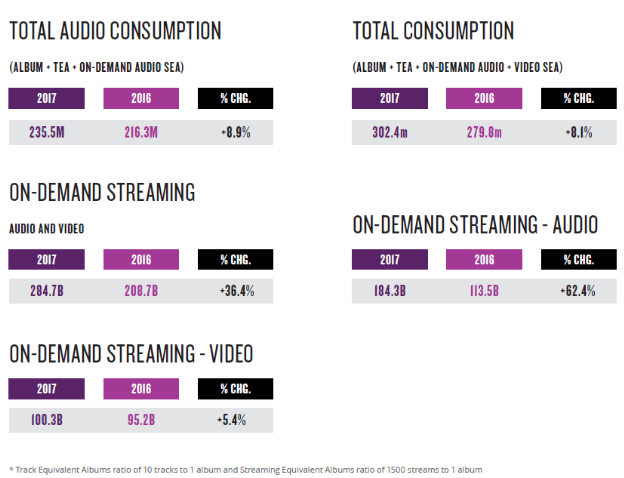 Overall, country music executives are encouraged by the CMA research based on a survey of 2,800 adults between the ages of 18 and 54 during a three-month period earlier this year.

The research showed the genre is “primed for significant growth in the streaming space.” But there is substantial work to be done to educate country music fans about streaming, especially the on-demand services that charge a monthly subscription fee.

To drive streaming growth, Ken Robold, Sony Music Nashville  said, record labels and the streaming companies need to educate country fans about the value of the service. The CMA research found that “the No. 1 reason cited for not using any streaming services was a lack of understanding about the features and benefits of streaming apps, or that they are too hard to use.”

Key takeaways from CMA research on country music and streaming