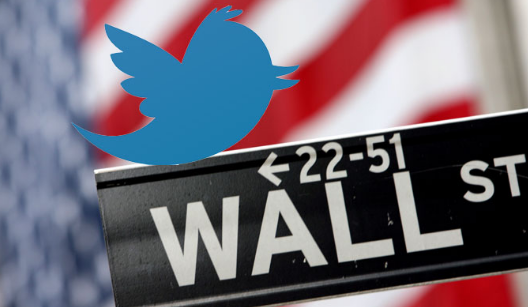 The microblogging service operator's shares fell 11 percent in extended trading to $16.40. While Twitter struggles to find a way to boost user growth and win over advertisers, social media services such as Instagram and Snapchat are expanding their footprints.

Co-founder Jack Dorsey returned to the company as chief executive a year ago, but his plan for reviving Twitter is at best seen as unfinished.

The company's second quarter revenue missed Wall Street estimates and the revenue forecast for the current quarter of $590 million to $610 million was well below the average analyst estimate of $678.18 million.

Twitter's user base increased about 1 percent to 313 million average monthly active users in the second quarter from 310 million in the first quarter.

"Clearly, the turnaround is still a work in progress and the question of whether being a platform for a mass audience versus a niche audience needs to be answered," said James Cakmak, analyst at Monness, Crespi, Hardt & Co.

Earlier this year, Twitter laid out a long-term strategy to turn around its business, focusing on five areas: its core service, live-streaming video, the site's "creators and influencers," safety and developers.

In live video, the company has signed deals with Major League Baseball and the National Basketball Association to revive user growth and attract more advertising dollars. Executives also said Twitter was investing more in user safety as the company continues to grapple with high-profile instances of abuse and harassment.

Struggling with flat user growth and lower spending by advertisers, Twitter has doubled down on attracting more people and encouraging existing advertisers to spend more as it tries to shape its stagnating business.

"We are a year into Dorsey coming back and there is really no end in sight of when it is going to start picking up to where investors are going to be happy," said Patrick Moorhead, analyst at Moor Insights & Strategy.

Twitter is also working to better define its role in the social media landscape. This week it rolled out a video ad that showed it as the place to go for live news, updates and discussion about current events, which executives also emphasized on a call with analysts. It did not stream its earnings call on its live video app Periscope, which it has done in previous quarters.

"We are the place for news and social commentary," Dorsey said on the call with analysts. "At its best, our platform allows people to reach across divides."

Dorsey also pointed to additional changes Twitter has made to clean up its product and simplify the user experience, such as not counting links and mentions as part of a tweet's 140-character count.

Chief Financial Officer Anthony Noto said the company was focusing on live sports, news, politics and entertainment by bringing more live streaming to the site, which it hopes will spur additional advertising.

Revenue rose about 20 percent from a year ago to $602 million, but missed the analyst estimate of $606.8 million. It was also the slowest revenue growth quarter-to-quarter since its very-hyped initial public offering almost three years ago.
Posted 3:49:00 AM