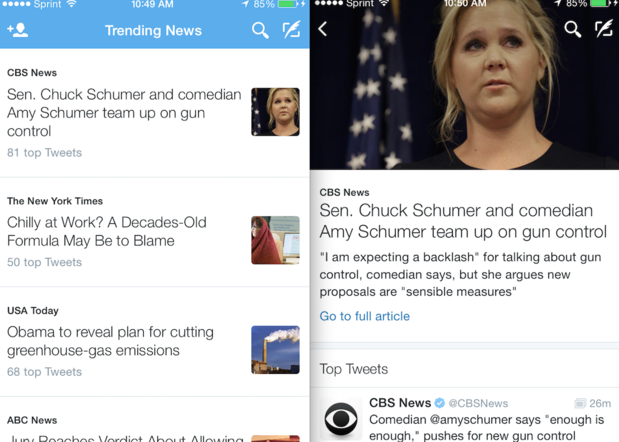 Twitter is also getting into live news it seems. The platform has announced a new deal with Bloomberg which will see it live-streaming TV programs.

According to wersm.com, The deal is part of Twitter’s opening up to partnerships that will see it become a major live broadcaster in the near future. Up until now, Twitter has only really been a broadcasting partner, but it is clear it wants in on much more than that. In the latest deal, Twitter gets streaming rights to Bloomberg West, What’d You Miss, With All Due Respect and another of the network’s shows covering the stock markets.

Twitter is clearly shifting focus – it even recently switched its category from “social networking” to “news” on the App Store. All the recent broadcasting deals are proving this as well. The Bloomberg streaming deal will come into effect in the autumn and will include live streams several times during weekdays.
Posted 3:21:00 AM