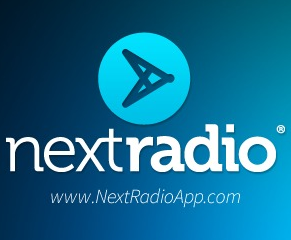 A recent NextRadio® in-app survey uncovered more than 1 in 3 surveyed do not plan to vote in November. In June and July, NextRadio listeners were asked whether they planned to vote in the upcoming election. One in four said they are "Undecided" about voting on 11.8.2016. The remaining 42% indicated "Yes" they do plan to vote. This figure compares unfavorably with the 2012 Presidential race in which 38%* of eligible voters did not vote.

Radio clearly has an important role to play in reaching this sizable group of undecided voters and those showing a willingness to sit out this election cycle.

Looking across station formats, Top 40 listeners were the least enthusiastic about voting, with nearly 70% stating "No" or "Undecided" on their voting plans. Country and Spanish Music format listeners fall right behind with their "No" and "Undecided" responses (66% and 63%, respectively).

Additionally, 1 in 4 listeners of the following formats says he/she is "Undecided" about voting in November:
The poll also showed that women and multicultural audiences desire to be heard:

Among the 15 states with highest levels of participation, women responded more frequently than men in all but two states

Spanish Music listeners accounted for 52% of all responses in the state of California; 47% in Texas; 38% in Florida; 33% in Arizona and 27% in New York

African-American listeners comprised 64% of all participants in Washington, DC; 57% in Maryland and Georgia; 49% in Ohio; and 39% in Pennsylvania

"It was a simple question that we asked," said Paul Brenner, President, TagStation LLC, "but one with obvious opportunity for broadcasters nationwide. The survey highlights the large number (58%) of undecided voters where radio's reach and frequency can make a huge difference for candidates "getting out the vote" and certainly makes the case for more campaign spending on radio. The simple survey also shows the ability at the station and group level for radio to use NextRadio as another approach to interact and collect information from your audience."

NextRadio listeners were presented a visual voting option on the Now Playing screen as a display card below the main screen of the stations album art, promotional image or station logo. Over 40,000 unique NextRadio app users in all 50 states viewed the poll during a campaign airing June 19 to July 6, 2016 and 10% responded. Slightly more than 3,700 app users answered the poll, resulting in 9.3% participation rate. California radio listeners proved to be the most engaged, comprising 21% of responses. Behind them were New York listeners, at 14%.
Posted 3:49:00 AM