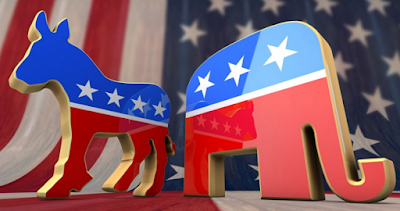 (Reuters) -- Democrats beat Republicans in U.S. television ratings, according to Nielsen data released on Tuesday for the first night of the Democratic National Convention.

The total is about three million more TV eyes than for the first night of the Republican convention last week when White House contender Donald Trump's wife Melania was the keynote speaker.

All in all, some 23 million Americans watched the first night of the Republican convention last week - in line with the audience for the 2012 gathering. Trump's big acceptance speech on Thursday night last week, however, failed to deliver the record audiences many TV executives had been expecting.

In 2012, the Democratic convention generally drew more nightly TV viewers than the Republican gathering, when Mitt Romney was running for the White House.
Posted 3:37:00 AM