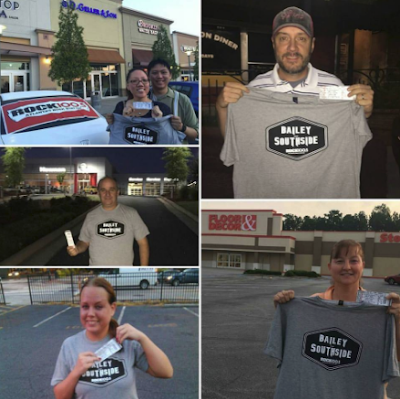 The Pokemon Go game has been one of the most viral topics of the summer. And on Friday, July 22, Rock WNNX 100.5 FM's Jason Bailey and Southside Steve were able to use the premise of the game with the power of radio to come up with a cool way for listeners to win Guns n’ Roses tickets for today’s show at the Georgia Dome in Atlanta. 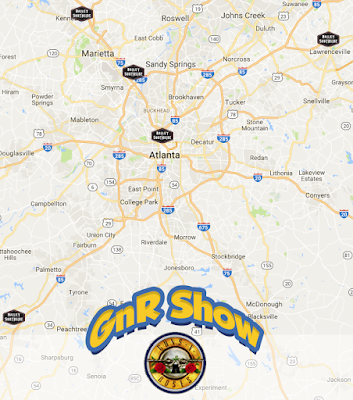 The game is “GnR SHOW”. All last week, Rock 100.5 FM Atlanta/WNNX's Bailey and Southside drove listeners to www.baileyandsouthside.com to register for a secret access code that would be emailed to them at 5:30am Friday morning.

Now here comes the fun. In the email containing the access code was a link to a web app created by Bailey and Southside’s producer and web developer Nate Hanson. Once the correct code was entered they were taken to a live Google map with five bouncing Bailey and Southside logos, showing where the five pairs of tickets were located. They were also instructed to bring some kind of ball.

Once they arrived at the ticket location they had to film themselves throwing the ball at the intern wearing a Bailey and Southside t-shirt, and then upload it to their social media while tagging the show. The first listener to do so won a pair of Guns n’ Roses tickets and the t-shirt! As the tickets were found, they disappeared from the map. The photos and videos were then shared to Bailey and Southside’s own social media accounts. Throughout the show interns checked-in, audio was played from the videos uploaded, and they took calls from listeners searching for the tickets.
Posted 3:37:00 AM