(Reuters) -- Verizon Communications Inc said on Monday it would buy Yahoo Inc's core internet properties for $4.83 billion in cash, marking the end of the line for a storied Web pioneer and setting the stage for a big new internet push by the telecom giant.

Verizon will combine Yahoo's search, email and messenger assets as well as advertising technology tools with its AOL unit, which it bought last year for $4.4 billion. Verizon has been looking to mobile video and advertising for new sources of revenue outside the oversaturated wireless market.

The No. 1 U.S. wireless operator is betting that it can take data on more than 200 million unique monthly visitors to Yahoo sites, many of them on mobile devices, and combine it with data on 150 million or so unique monthly AOL users and data on its own user base of over 100 million wireless subscribers to offer a more targeted service for advertisers.

Barclays said last month Verizon could save $500 million a year in costs of acquiring internet traffic and other expenses by buying Yahoo's internet business.

The deal likely means more investment in popular content sites such as AOL’s Huffington Post and Yahoo Finance when they become part of a much larger entity.

Verizon said it would provide more detail on the strategy behind the acquisition when it announces second-quarter earnings on Tuesday. 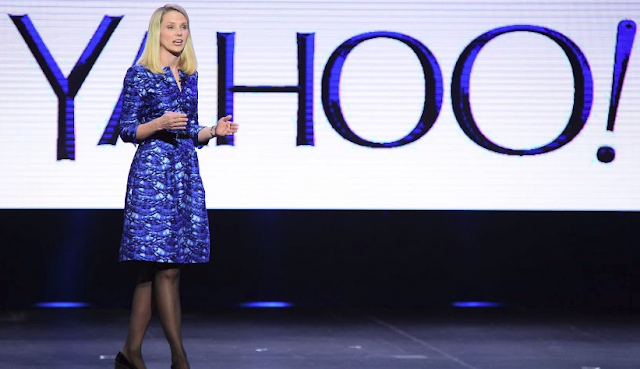 The deal came after activist investors led by Starboard Value LP lost faith in Yahoo Chief Executive Officer Marissa Mayer, who was hired in 2012, and forced what became a protracted sale process.

Yahoo, founded in 1994, was a dominant player in the early days of the internet, but has long lost its leadership position in internet search and advertising to Alphabet Inc's Google, Facebook Inc and others.

Mayer said on a conference call with investors that she planned to stay at Yahoo through the deal's close. Marni Walden, head of product innovation and new business at Verizon, will head the combined internet unit and said no decisions had yet been made on the management team.

"Yahoo gives us scale that is what is most critical here," said Walden, adding that the company's audience will go from the millions to the billions. "We want to compete and that is the place we need to be."

Mayer, in an interview with Reuters, said she still saw a "path to growth" for Yahoo, especially in mobile. "What's exciting about the Verizon transaction is that it brings us back to growth sooner," she said. She said she was "open-minded" about a possible role with the combined companies.

But analysts expect AOL CEO Tim Armstrong - like Mayer a one-time Google executive - to be the driving force behind the combined companies.

Yahoo is still one of the largest properties on the internet, with hundreds of millions of customers using its email, finance and sports offerings, among others, and a heavily trafficked home page.
Posted 4:38:00 AM