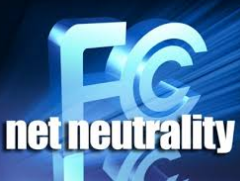 Wireless trade association CTIA said in a court filing on Friday seeking a rehearing that "few final rules of any federal administrative agency have ever had so much potential to affect the lives of so many Americans."

The cable groups said the court should correct "serious errors" in a decision "that radically reshapes federal law governing a massive sector of the economy, which flourished due to hundreds of billions of dollars of investment made in reliance on the policy the order throws overboard."

The FCC rules prohibit broadband providers from giving or selling access to speedy internet - essentially a "fast lane" on the web's information superhighway - to certain internet services over others.

In siding with the FCC, the court treated the internet like a public utility and opened the door to further internet regulations.

"It comes as no surprise that the big dogs have challenged the three-judge panel’s decision," FCC Chairman Tom Wheeler said in a statement. He said he was confident the full court would agree with the panel's decision.

In its filing on Friday, the CTIA said it was illegal to subject broadband internet access to "public-utility style, common carrier regulation" and illegal to impose "common-carrier status on mobile broadband."

The FCC decided in 2015 to reclassify internet service providers as common carriers under a 1996 law.
Posted 4:07:00 AM