Arbitron, which was purchased by Nielsen in 2012, rolled out the Portable People Meter in 2007. The small, pager-like device gathers subaudible codes that identify the source of a broadcast. Today, they’re being used in about 50 of the largest media markets. Nearly immediately, radio programmers in PPM markets saw listening plummet; it turns out, a lot of people weren’t listening as frequently as they reported in their diaries. 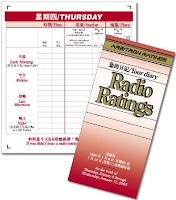 As flawed as the old-fashioned diary system is, it has long been the only game in town for radio programmers and advertising salespeople to demonstrate how many listeners their station has. But that could be changing soon, according to Damien Willis at the Las Cruces Sun-News.

Last week, five of the biggest corporate giants in radio announced a partnership, a “strategic alliance,” with Shazam, the app on your phone that can instantly identify nearly any song. Cumulus, iHeartMedia, Entercom, Cox and Sun Broadcast Group are on board to help Shazam develop “market- and station-level audience metrics across all radio formats.”

The plan is to “leverage information collected from 10s of millions of devices to produce the accurate, stable cross-platform audience metrics that the industry has been waiting for.” 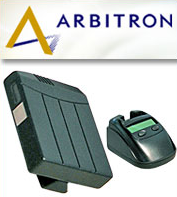 That’s important for a variety of reasons. One of PPM’s shortcomings is that it is another device listeners have to lug around with them. If you can just put that technology (or similar, Shazam-driven technology) on their smartphones, you’ve eliminated one major friction point. It also creates, as the companies noted, a potential sample size of tens of millions of smartphones.

“The richness of our data, combined with Shazam’s measurement capabilities, will enable much deeper insights than traditional audio measurement does, and we believe it’s a necessary and valuable addition to the evolving multi-platform audio measurement marketplace,” said Radha Subramanyam, iHeartMedia’s president of research and insights.

It is unclear exactly how the new Shazam technology will work — how they plan to distinguish which station users are listening to, specifically — but it’s easy to imagine that it will work very similarly to the way the app currently identifies songs.
Posted 3:23:00 AM