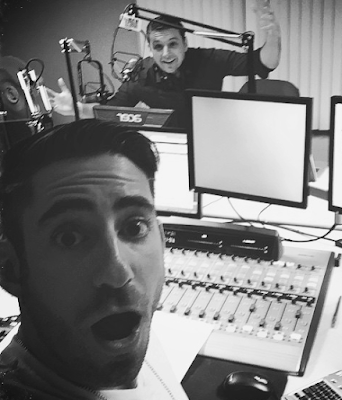 Cumulus Media has announced that it has signed radio morning show duo Scotty K and Bret Mega as on-air hosts of the morning show on KLIF HOT 93.3 FM in Dallas/Fort Worth.

Dan Bennett, Regional Vice President, Cumulus Media-Dallas and Houston, said: “It isn’t often you can find proven ratings talent that is available immediately. When we saw this opportunity, the decision was easy.”

Dustin Kross, Program Director, HOT 93.3, said: “After their huge ratings success and social media success in Atlanta, I knew they would be the perfect fit for HOT 93.3 in Dallas/Fort Worth.”

Scotty K and Bret Mega said: "We are honored to be part of the Cumulus family and to be given the opportunity to work for a company that believes in their talent as well as giving radio back to the listener. We have been so impressed with the remarkable leadership and support of Mike McVay, Dan Bennett, Dustin Kross, Doug Hamand, Cat Thomas, Leslie Whittle, Rob Roberts and the list could go on. We are ready to get to work, make people FEEL radio again, and help make HOT 93.3 a lifestyle for the Dallas/Ft Worth metroplex."