Report: All Is Icy Quiet When Fox Cameras Are Off 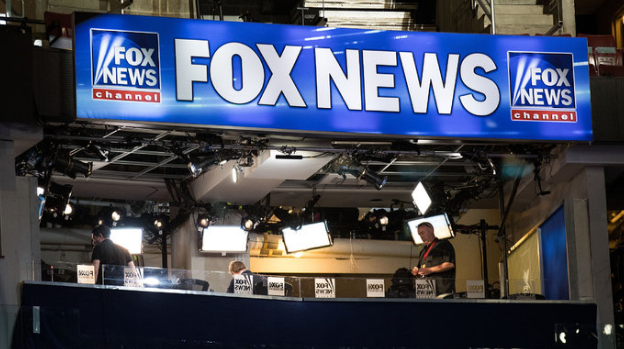 The Fox News skybox here turns into a hive of activity as the network’s star anchors analyze the Democratic National Convention for millions of viewers.

According to the NY Times, when the cameras blink off, however, the banter has been replaced by something rarely heard in the television news business: silence.

Megyn Kelly and her co-hosts, including Bret Baier and Brit Hume, have not been speaking during commercial breaks, according to two people with direct knowledge of the anchors’ interactions, who described the on-set atmosphere at Fox News as icy. During ads, the hosts are often absorbed with their smartphones.

Even as Fox News goes about broadcasting as usual, scoring its highest convention ratings in 20 years, interviews this week with network employees show an organization grappling with internal division after the abrupt exit of Roger Ailes, the once-omnipotent chairman at the center of a sexual harassment investigation.

The hosts’ on-set interactions have improved slightly since last week’s shows at the Republican National Convention in Cleveland, which were broadcast immediately after Ailes’s departure.

Still, employees say there is a continuing split inside the network, with one camp of old-guard Fox News loyalists — some of whom owe their careers to Mr. Ailes — upset at his ouster. Some are resentful toward Ms. Kelly for cooperating with lawyers brought in by the network’s parent company, 21st Century Fox, to investigate Mr. Ailes’s behavior.

Another contingent inside Fox News is equally dismayed by the responses of stars like Kimberly Guilfoyle, Greta Van Susteren and Jeanine Pirro, who were quick to publicly defend Mr. Ailes after he was accused of harassment in a suit filed by the former anchor Gretchen Carlson.

Kelly has told colleagues that she was disappointed with those who stepped forward to vouch for Ailes before knowing the full extent of the allegations against him. Some of her colleagues have also spoken out, including the Fox contributor Kirsten Powers and the meteorologist Janice Dean, who praised Ms. Kelly on Facebook, writing: “Strong women stand up for themselves. Stronger women stand up for others.”
Posted 3:35:00 AM