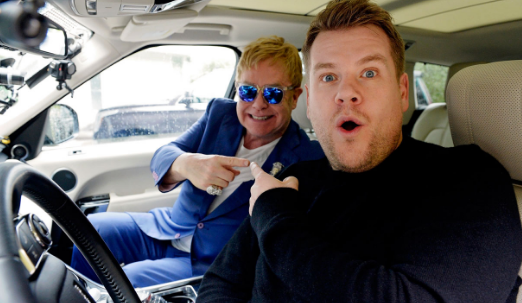 Corden will continue to present new Carpool segments on his Emmy-nominated late-night show.

On the new series, stars will "ride along and and sing along with the host as they visit places meaningful to the celebrity, sing tunes from their personal playlists and surprise fans who don’t expect to see big stars belting out tunes one lane over," the show's description says.

Corden's Carpool segments became a viral phenomenon — yielding more than 830 million YouTube views to date — in the months after his late-night show launched in early 2015. Carpool segments with Adele, Justin Bieber and One Direction rank as the top three most-watched clips from late-night shows. Other performers who have joined Corden include Elton John, Jennifer Lopez and Stevie Wonder, and First Lady Michelle Obama appeared last week.

Production is scheduled to begin soon, but no premiere date has been announced. Once Carpool launches, a new episode will be made available each week to Apple Music subscribers in more than 100 countries.
Posted 3:41:00 AM