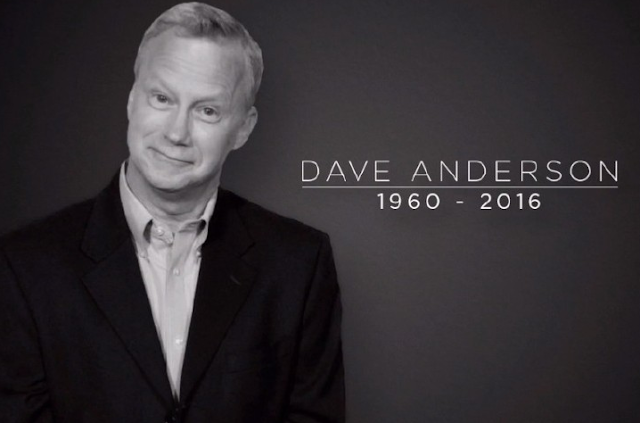 He was 55 years old, according KGW-TV.

The Portland native had performed at comedy clubs across the nation, including Comedy Central, "Star Search" and "An Evening at the Improv."  He also co-hosted the "Mark and Dave Show" on KPAM 860 AM radio and joined the AM Northwest team on KATU-TV in 2007, while simultaneously continuing his stand-up comedy career.

Anderson's co-host Mark Mason posted this on KPAM's Facebook page: "I lost my best friend tonight. Through the many conversations I have had with Dave about the potential for this moment, it's still difficult to accept. I can tell you his wonderful wife and loving family were with him, easing his and everyone else's burden, a beautiful sight to behold. Of course, there are lots of tears, including my own. Buddy, buddy, buddy. Rest in Peace."

Family members said Anderson was diagnosed with pancreatic cancer almost exactly 2 years ago. Dave fought with tenacity and humor. He passed away Sunday night, surrounded by friends and family.
Posted 3:00:00 AM