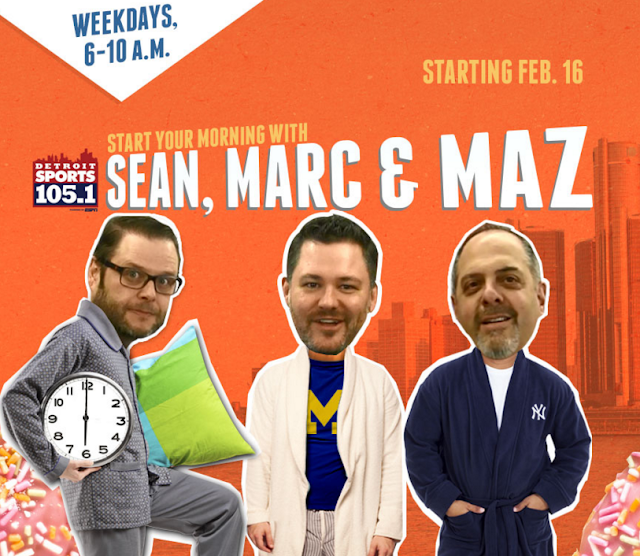 Greater Media/Detroit has announced Sean Baligian, Tom Mazawey & Marc Fellhauer have been named as the new local morning show from 6-10a on Detroit Sports WMGC 105.1 FM.

The trio, who can currently be heard on the station from noon-3pm, will begin their new on-air duties on Tuesday, February 16th.

They will replace ESPN’s nationally syndicated Mike and Mike, who have been on Detroit Sports 105.1 since the station officially launched in August of 2013.

“We feel this new lineup will give our dedicated motor city sports fans a more local sports experience,” said Detroit Sports 105.1 Program Director Dave Shore. “We are very grateful to ESPN’s Mike & Mike for their contributions to the station. “