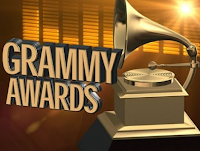 In honor of Music’s Biggest Night® and in support of CBS’s broadcast of the event, CBS RADIO will showcase the power of music through a variety of live shows, digital editorial content, and over-the-air programming, featuring the hottest songs and this year’s nominees.

The 58th Annual Grammy Awards will be broadcast from the Staples Center in Los Angeles on Monday, Feb. 15 (Live in all time zones) on the CBS Television Network.

Here are highlights of CBS RADIO’s programming leading up to the event that recognizes the best artists in the industry:
In addition, for the latest music news, exclusive editorial features, video interviews with nominees, photo galleries, and coverage of the red carpet arrivals and show, please visit Radio.com.
Posted 3:33:00 AM