Edison Research made their "Ears Wars" presentation to a packed room at the Country Radio Seminar Tuesday.

The project surveyed more than 1,500 respondents and examined the benefits of radio over other mediums, while offering ways to stay relevant. It also featured interviews with listeners and broadcasters from WXTU Philadelphia, WIVK Knoxville and WTHI Terre Haute, IN.

Edison's Larry Rosin and Megan Lazovick urged radio to "FOMO" or "ear of missing out" as radio's top benefit and argued programmers should keep this in mind in the presentation of music and commercials, how stations handle community engagement, the degree to which they engage in "goodwill" through charities and community events and the way weather emergencies are covered.

The CRS presentation urged broadcasters to instill “FOMO”—or fear of missing out—at every opportunity in the broadcast day. “FOMO” was evident in many of the top reasons listeners cited for tuning to FM in a 1,560-respondent online survey.

Favorite songs (77%) and music discovery (70%) were the top two reasons respondents listened to AM/FM radio, followed by news and information (68%) and confidence in being informed if major news breaks (63%). 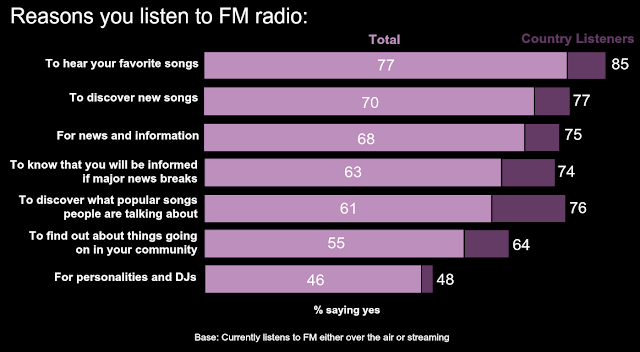 More than 50% of respondents also cited their ability to find out about things going on in the community. 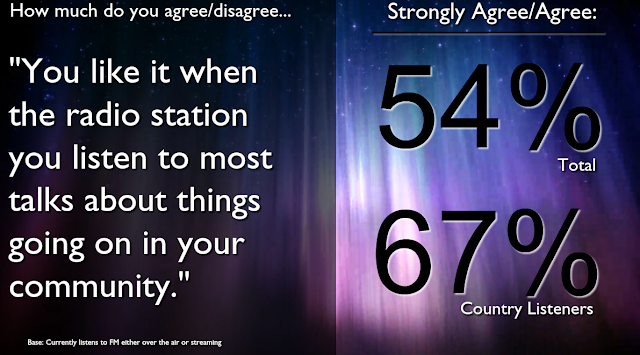 These numbers were significantly higher among Country listeners, which Rosin described as being "much more intense about radio listening than others." 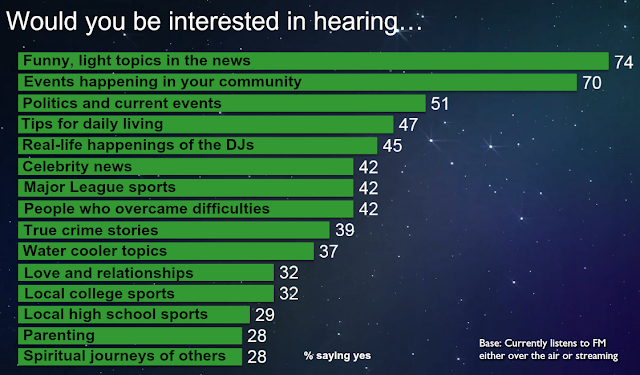 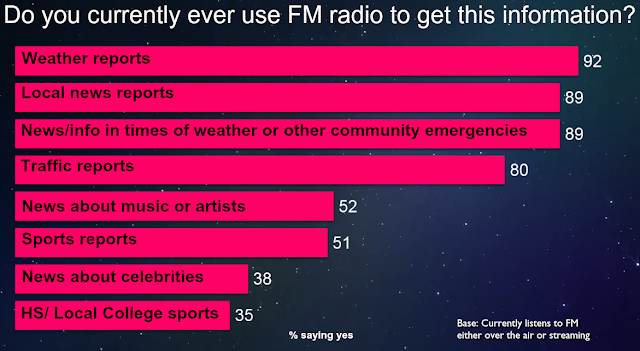 Mike O'Malley of the Country consulting firm of Albright, O'Malley and Brenner shared his takea-ways on how station could use the  FOMO principle.  In keeping with Edison's "ear Wars" theme, O-Malley says FOMO is shield of your death star

How to inject FOMO:

Click Here to see the complete presentation.
Posted 5:38:00 AM