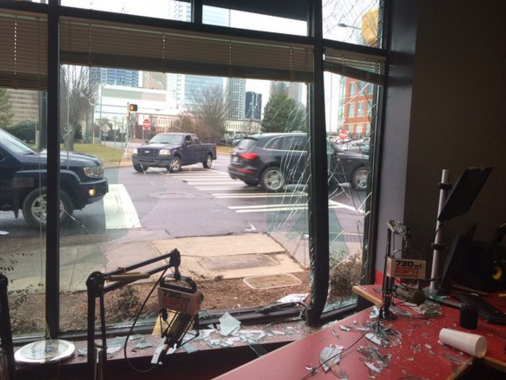 A car crashed into a North Carolina radio station during a live broadcast, but nobody was hurt, according to WCCB Charlotte.

The driver reportedly lost control and struck the studios of WZVG ESPN 730 AM in Charlotte on Monday afternoon.

Audio of the incident has been released in which a loud crash can be heard.

“Folks we just had an accident,” a broadcaster can be heard saying. “Bobby’s biggest fear just came true, so we are going to head to a break.” 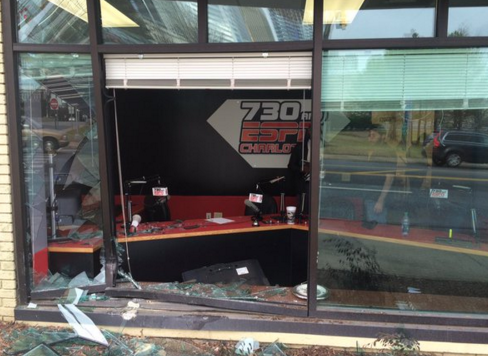 The broadcaster goes on to say that nobody in the studio was hurt. Authorities have not said what caused the crash.
Posted 3:04:00 AM