Atlanta Radio: Who Plays The Most Commercials On Radio? 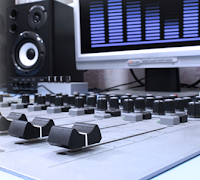 Question: who on Atlanta morning music radio plays the most ads?

On both days, the four shows that aired the most ads are all syndicated:
Radio consultant Alex Demers, who does not have any clients in Atlanta, notes that many syndicated shows tend to offer more talk content. Listeners, he said, usually have higher tolerance for ads in a news/talk environment. Plus, he said the “strength of personality” may keep listeners around in the case of celebrities such as Harvey or Smiley.

Most radio stations played about 10 to 14 minutes or ads per hour. The longest single ad break was more than 9 minutes long.

Here are the average hour totals on Wednesday, February 3, 2016 for the morning shows:
Read More Now
Posted 4:27:00 AM