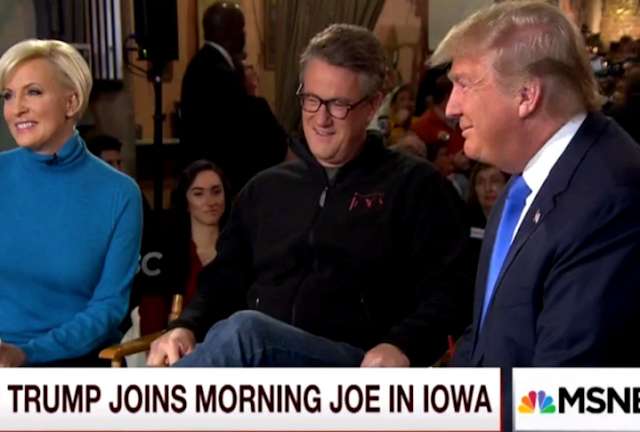 "Morning Joe" Scarborough's relationship with the Republican presidential frontrunner Donald trump has become a subject of frustration among staff, and an increasingly problematic issue for the network's top brass at NBC's Universal headquarters at 30 Rockefeller Center.

In background discussions, NBC News and MSNBC journalists, reporters and staffers said there was widespread discomfort at the network over Scarborough's friendship with Trump and his increasingly favorable coverage of the candidate.

"People don't like that Joe is promoting Trump," one MSNBC insider said. Others described Scarborough's admiration for Trump as "over the top" and "unseemly."

CNN reports four of those sources also said that the growing media scrutiny over the two men's relationship has caused the network's leadership to more closely monitor Scarborough's comments.

"The higher-ups are definitely aware about what's going on," said another person within MSNBC. "It's an issue."

"Morning Joe," which airs weekday mornings, is followed closely by Washington and New York's political and media influencers, and is seen as a key platform for political figures.
Posted 5:32:00 AM