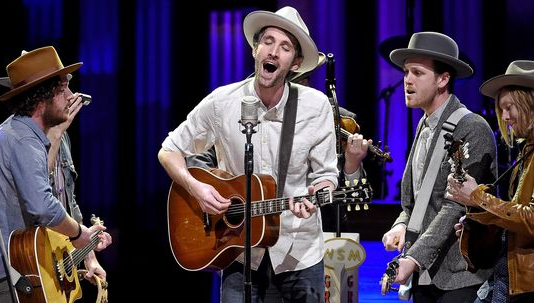 Since its inception 15 years ago, Green River Ordinance has created music that would seem to fit in several genres — folk, rock, pop and country. For the new album, “15,” frontman Josh Jenkins said the band didn’t set out to write a country record. But, the album’s first single, “Red Fire Night,” penned inside a cabin in McMinnville, Tenn., was inspired by a mandolin lick plucked out by Jamey Ice.

The album seems to be resonating with fans of country music. It debuted at No. 2 on the iTunes country chart. Murray pointed out “15” was categorized as country by digital and brick-and-mortar retailers. “Red Fire Night” was added to the prominent Wild Country playlist on Spotify and the Country House Party playlist by iHeartMedia. 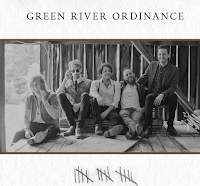 On the radio side, The Tennessean reports, the song debuted at No. 1 on the Texas Regional Radio Report and earned spins on some mainstream country stations. The video was added by CMT, and critics with country music publications gave the album favorable reviews. The band was even a featured performer at the Grand Ole Opry this past Saturday night.

As the sales data came in last week, the band and Murray knew the album was going to place well on the charts. The charts’ sales data is compiled by Nielsen Music and then albums are ranked by chart managers with Billboard, which publishes them on Monday. On the eve of last week’s charts, the band was informed by the magazine that it would be categorized as folk and rock, but not country.

The debate about what defines country is nothing new, notes Nashville country music writer and historian Robert Oermann.

“This goes back quite a ways,” said Oermann, who incidentally reviewed “15” as a country album for Music Row magazine. “It goes back to Olivia Newton-John and John Denver winning awards and traditionalists were very upset about it. There was even an alternative organization to the (Country Music Association) that formed.

Mike Dungan, chairman and CEO for Universal Music Group Nashville, said the charts are valuable to record labels. For the “Top Country Albums” chart, the rankings are based strictly on actual sales numbers. In that sense, obviously a higher ranking is meaningful.


“15” registered at No. 8 on Billboard’s rock chart and No. 1 on its folk chart. The album also would have been the No. 1 country debut album last week.