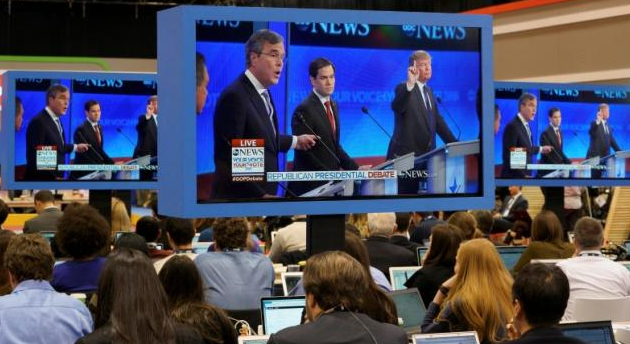 (Reuters) -- Republican White House contender Marco Rubio struggled at a debate on Saturday at the worst possible time, potentially confounding his bid to emerge as Donald Trump's chief rival in New Hampshire and giving hope to three rivals desperate for a strong showing.

Under assault from New Jersey Governor Chris Christie over his level of experience as a first-term U.S. senator from Florida, Rubio retreated time and again to canned statements from his stump speech and looked uncomfortably rattled for the first time after seamless performances at seven prior debates.

"Marco, the thing is this," Christie said during one heated exchange early in the night, "when you're president of the United States, when you're a governor of a state, the memorized 30-second speech where you talk about how great America is at the end of it doesn't solve one problem for one person."


While Rubio recovered later in the debate, the timing of his performance was terrible, coming three days before New Hampshire Republicans register their choices on Tuesday in the nation's second nominating contest. The debate at St. Anselm College was the last face-off of the candidates before the vote.

All three have suffered from the dominance of front-runner Trump in the Republican race. They are badly in need of a breakout moment to change the trajectory of the battle in New Hampshire, where the polls show Trump in the lead, Rubio in second and Texas Senator Ted Cruz in third place.


TV Ratings: Preliminary ratings for Saturday's ABC Republican primary debate look promising for a big night for the network. According to early numbers from Nielsen, the debate had a 9.3 household rating. The last Republican debate, hosted by Fox News, had a household rating of 8.4 and 12.5 million viewers. The presence of Donald Trump, who skipped the Fox News debate, likely helped the ratings. As did the timing, between when Iowa and New Hampshire vote when coverage of the primary is at a fever pitch.

Trump did not have his best debate. He looked flustered in a fight with Bush over the use of eminent domain in advancing the interests of public use projects and private industry.

But he seemed to do well enough to possibly win on Tuesday in what would represent his first victory of the 2016 race, erasing the pain from a loss in the Iowa caucus last week, where he finished second to Cruz and just ahead of the surging Rubio.

A victory in New Hampshire could put Trump on track for more wins in South Carolina on Feb. 20 and beyond on the way to the Nov. 8 election. 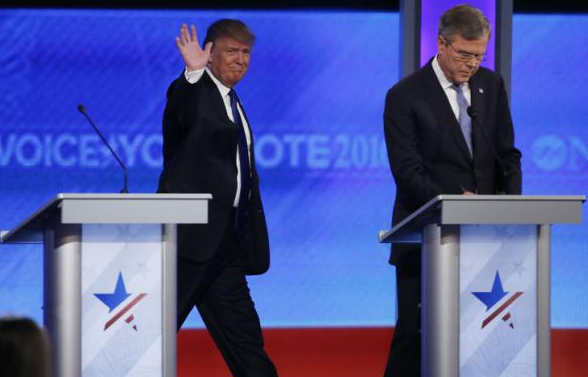 For the second debate in a row, Bush looked polished and sounded like the candidate many establishment Republicans had pinned their hopes on. His problem is it may be too late.

Kasich, likely to end his candidacy if he does not do well on Tuesday, delivered a positive message that could appeal to New Hampshire Republican voters, who famously make up their minds late and never seem in the mood to follow the lead of the Iowa caucuses, won by Cruz.

The trouble for Rubio began soon after the debate started when the ABC News moderators asked Christie about Rubio's experience in the U.S. Senate, and Christie pressed his case.

Rubio critics have made much of the fact that his experience is akin to that of much-derided Democratic President Barack Obama, elected in 2008 when a first-term senator.

Rubio's defense was that his and Obama's world views are different, not that Obama has simply led the country down the path it is on because of inexperience.

When Rubio repeated the same line again, Christie sought to reinforce the charge that Rubio is so inexperienced that he relies on well-worn talking points and cannot think on his feet.

Rubio repeated the line enough that someone created a Twitter profile called @RubioGlitch that repeated his line about Obama. 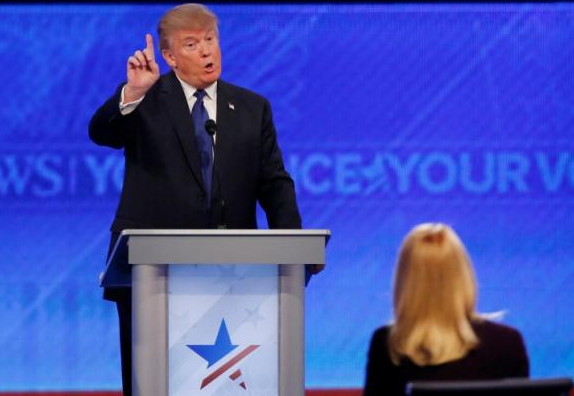 Bush attacked Trump for using eminent domain, which allows governments to seize private lands for projects for the public good, to help him build casino complexes in Atlantic City. Eminent domain is a frequent target of criticism from conservative and anti-government groups.

"What Donald Trump did was use eminent domain to try to take the property of an elderly woman on the strip in Atlantic City. That is not public purpose. That is downright wrong,” he said.

Trump said eminent domain was “a good thing” and was necessary to building roads, bridges, schools and hospitals. “Certainly, it’s a necessity for our country,” he said.

“He wants to be a tough guy, and it doesn’t work very well,” Trump said of Bush, telling the son and brother of former presidents to be quiet.

When the crowd booed, Trump said, “that’s all his donors and special interests out there.”

Trump, known for his tough stances with calls to ban Muslims from visiting the United States and deport immigrants without the proper documents, also called for a more empathetic view of the Republican call to repeal Obamacare insurance coverage for Americans.

"There will be a certain number of people who will be on the street dying, and as a Republican I don’t want that to happen,” he said.