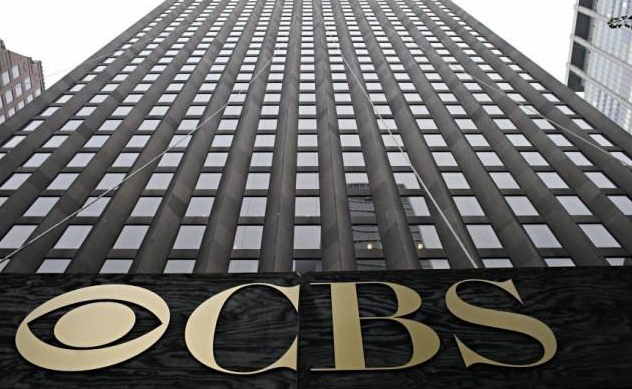 (Reuters) -- CBS Corp profit rose in line with Wall Street expectations on Thursday as the media company reported a bump in network advertising and said international sales of its television shows were strong.

Still, shares fell 1.4 percent to $42.95 in after-hours trade following a hectic session for the overall market.

CBS and other media companies are under pressure to show they can survive and thrive as younger viewers turn away from traditional television. 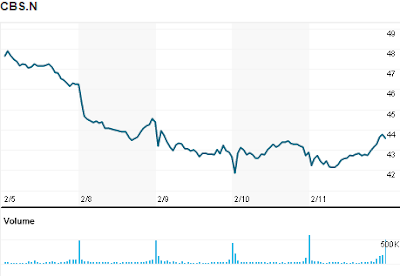 The owner of Showtime and CBS Sports Networks, radio stations and the Simon & Schuster publishing house has rolled out a streaming service called CBS All Access. The subscription product will begin to make a "positive impact" on financial results this year, executives told analysts on a conference call.

"I don’t think there is anything in the numbers that doesn’t suggest that the strength of the business remains good," Evercore ISI analyst Vijay Jayant said of CBS. "There are a lot of other forces that are right now impacting the movement in stocks."

Chief Executive Officer Les Moonves, who was just named chairman in place of controlling shareholder Sumner Redstone, said he did not plan to change strategy. He said that Redstone had given him "free reign" for many years. CBS will continue "business as usual," he told analysts.

Advertising revenue, which is typically the strongest in the fourth quarter, rose marginally to $2.16 billion. Advertising at the CBS network was up 8 percent, but local television stations faced difficult comparisons with a year earlier, when they had strong political ads. 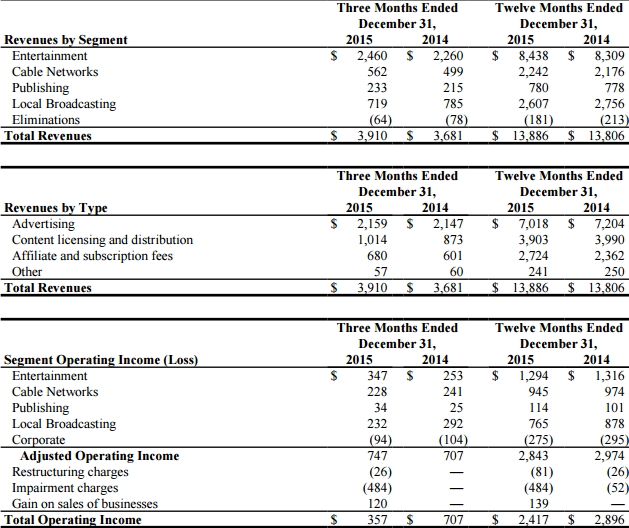 Content licensing and distribution revenue rose more than 16 percent to cross $1 billion in the fourth quarter, accounting for about 28 percent of total revenue in 2015 and reflecting increased licensing of television shows abroad.

CBS has made efforts to rely less on advertising revenue, which can be volatile. The company diversified its business by licensing content to streaming services and pressing for higher fees from pay TV operators.

Total revenue rose 6.2 percent to $3.91 billion in the fourth quarter, the company said.

Analysts' on average had expected revenue of $3.80 billion on a profit of 92 cents, according to Thomson Reuters I/B/E/S.