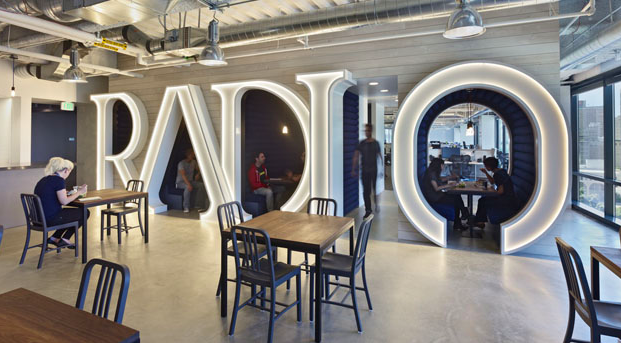 For the quarter, Pandora reported 81.1 million active users at the end of December 2015 compared with 81.5 million at the end of 2014. Listener hours totaled 5.37 billion in the quarter up 3% from 5.2 billion in the same period a year ago. That active listener number alone could drag down the share price, but the profit outlook is not pretty either.

Meanwhile, The NY Times is reporting Pandora Media has held discussions about selling the company, according to people briefed on the talks.

Pandora is working with Morgan Stanley to meet with potential buyers, said the people, who spoke on condition of anonymity. The talks are preliminary and may not lead to a deal, the people said.

For Pandora, it would be a curious time to sell. Its shares are yielding a market value of $1.8 billion, down from more than $7 billion two years ago. The stock has fallen more than 60 percent since October.

Pandora has the largest number of users for music streaming, but the competition is encroaching. Spotify is said to be arming itself with another $500 million in capital, and Apple Music recently surpassed 10 million paying users. Pandora’s users peaked at 81.5 million at the end of 2014, and, after falling to about 78 million in the third quarter of 2015, ended the year with 81.1 million.

The company is spending heavily to attract users, and its ability to make money from those users may be waning. 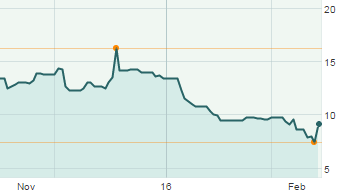 In its financial results, which Pandora announced Thursday afternoon, the company had $336 million in revenue in the fourth quarter, but spent $143 million in “content acquisition costs,” which includes music licenses, and $112.6 million on sales and marketing. For the quarter, the company reported a net loss of $19.4 million, in contrast to $12.3 million in net earnings for the same period the year before.

For all of 2015, Pandora had $1.16 billion in revenue, up from $921 million the year before. But the company also reported a net loss for the year of $169.7 million, which included $111.6 million in stock-based compensation and nearly $58 million to settle a royalty dispute with the music industry over recordings made before 1972.

On the analysts conference call Thursday, CEO McAndrews was asked about projected listenership growth in the coming year.

McCandrews replied, "We don't forecast listener growth, but we're not expecting significant growth in 2016 because of the competitive environment and continued existence of free on-demand services and significant competitive spending. But we are investing to maintain growth and we do expect to see some continued increase in engagement."

As for longer-term growth, McAndres stated, "our overall market share (is) past 10% for radio listening in the U.S. and yet it's under 2% in cars and cars represent nearly half of radio listening. So as we continue to grow in cars and we've seen significant increase in our number of integration as these cars become connected kind of the final phase and the user experience continues to get better and better, we think we've just tremendous upside there.

"Similarly consumer electronic devices aren't slowing down, that's where people are moving and listing in all different ways and we're in over a thousand of them and saw significant increase as I talked about in terms of up to 32 million activations now, and 15.5 million in the car. So, we think we can get to 100 million listeners in the next three years to five years, and so that's kind of where we're basing our estimates off of, that kind of growth and that kind of continued penetration."