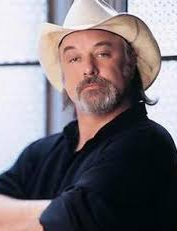 A well-known comedian and staple on the Bob and Tom radio show has died.

The 52-year-old stand-up comedian and country musician is famous for his southern-style humor and songs like "Garth Brooks Ruined My Life." He liked combining his country and comedy in other songs as well, such as his famous "First Baptist Bar & Grill."

Wilson leaves behind a wife and two children.