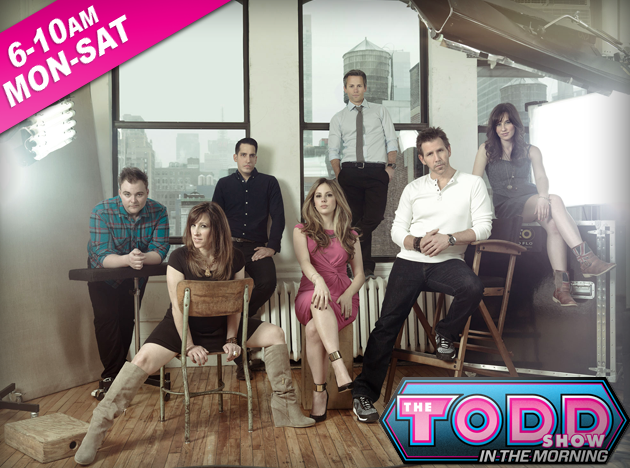 “The Todd Show” debuted this morning on 95.5 WPLJ in New York City, marking the start of a new era following the historic 23-year run of “The Big Show”, which included Scott Shannon  ­– with Pettengill now the sole host of the 6a-10a timeslot.

“’The Todd Show’ is the natural progression for WPLJ and Pettengill. He is one of the most talented people that I have met in this business and I am proud to be working with him as a part of PLJ’s re-birth,” said Kim Bryant, Cumulus New York Vice President/Market Manager.

“I’m beyond excited to anchor a live and local morning show in the number one radio market in the world,” said Pettengill. “Thank you to Governor Chris Christie for giving me my own lane on my commute in from New Jersey and to Mayor Bill de Blasio for allowing me to follow his caravan to get me to the studio quickly.”

Before Pettengill became a part of New York radio history, he honed his skills in the Albany, New York combo WPTR/WFLY where he hosted the morning show and held the titles of Program Director, Operations Manager and Vice President of Programming.

Pettengill is the CEO/Founder of Pettengill Productions, Inc. (established in 1993), which creates original television and film content for media outlets worldwide. Additionally, Pettengill is the host of the American version of “Come Dine With Me” on Lifetime.