One month. That's all it took for WIP 94.1 FM nighttime host Josh Innes to receive his first death threats, according to philly.com.

It happened via Twitter on Feb. 4, about four weeks after he took over the 6-to-10 weeknight shift. Innes, who came from Houston, had been defending Eagles wide receiver Riley Cooper.

Cooper began the 2013 season in controversy after a video surfaced that caught him using the N-word at a Camden concert.

"Somebody said something to me on Twitter, and I [used the phrase] 'I dodged that bullet,' " the 27-year-old sports-gabber said during a recent interview at the station's Old City headquarters. "A guy [tweeted], 'If you keep defending Riley Cooper, you'll have to dodge real bullets.' I probably should have not talked about [the threat] on the air, but it was interesting. That's one of my biggest flaws - I think everything is for broadcast."

That hold-nothing-back attitude is why the guy who brought Innes to town believes that the Poplar Bluff, Mo., native is on his way to being the market's next radio superstar. 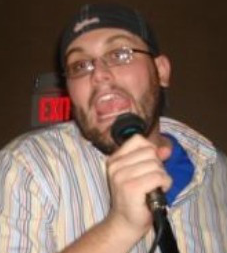 "Josh gets an amazing reaction," WIP Operations Director Andy Bloom said. "There are people who strongly dislike him, as they disliked Howard Cosell . . . and Howard Stern. Some will hate him and listen every day, some will [not listen] and others will find he is the most unique and compelling personality that they've heard, and he'll find an audience. And you don't have to have 50 percent of the audience to be No. 1."

Bloom certainly knows his onions when it comes to bringing lightning-rod broadcasters to town. He launched Stern's national career in 1986. As program director of WIP's predecessor, WYSP-FM, he was the first to syndicate Stern's New York-based morning-drive program. And, while he didn't equate the two, Bloom definitely believes that Stern and Innes have plenty in common.