Let's Go To The Map!

It must be disappointing for members of the bands Kansas, Chicago, and Boston to find out that they ultimately failed to represent their namesakes to the fullest extent possible, according to Fast Company.

As a new map of the United States reveals, however, none of these bands were the top-selling musical artists in Kansas, Illinois, or Massachussetts. (That would be Martina McBride, R. Kelly, and New Kids On The Block.)

Redditor "Ooosh-E" recently took some data from the RIAA’s list of the 250 top-selling musicians in the United States and used it to label each state according to the most unit-moving bands to hail from them. While nobody will flinch upon finding out that Prince dominates Minnesota and Billy Joel is the king of New York, there are many surprises to be found. 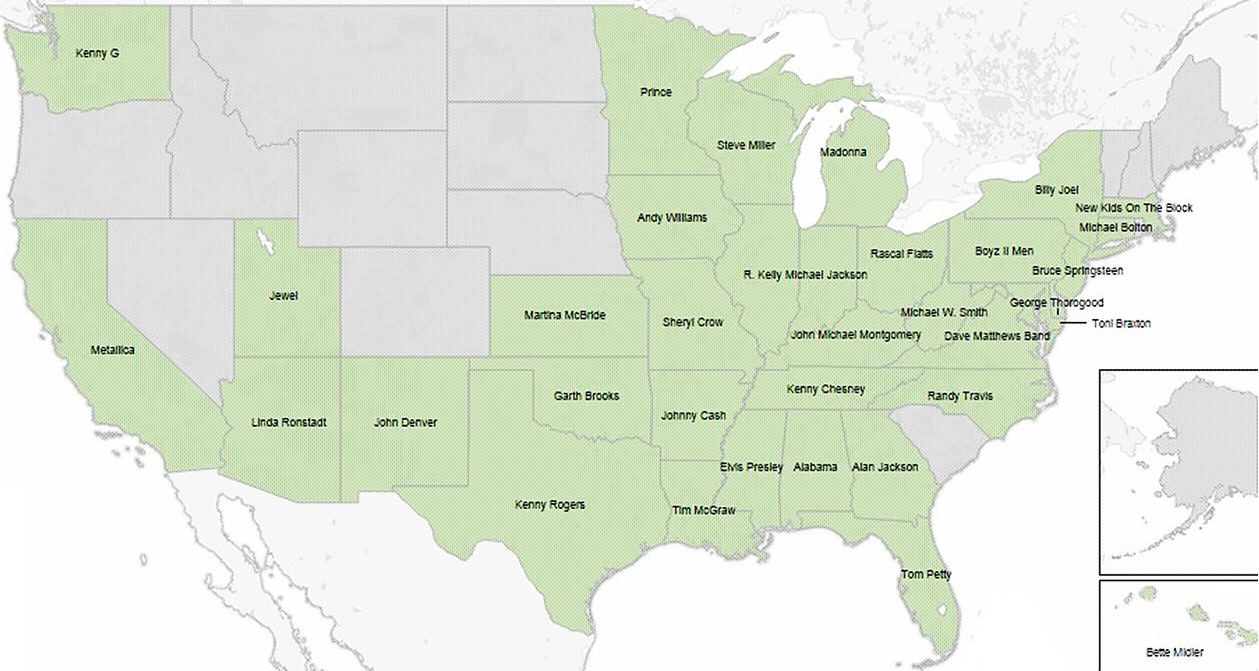