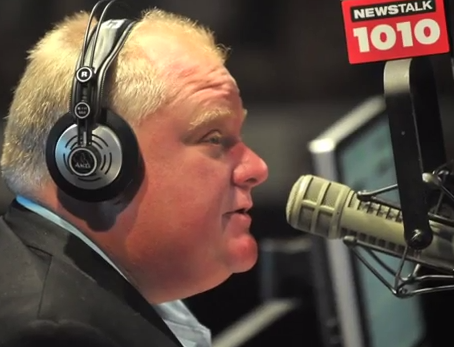 Toronto Mayor Rob Ford says he can’t figure out why the Toronto media follows him around everywhere and asks questions about his personal life.

“I still can't figure it out,” said Ford during a radio interview on NewsTalk 1010 with Joe Warmington Tuesday night.

“I’m saving taxpayers’ money and the average folk out there, the blue collar worker likes me and our polls are telling us that.”

Ford’s comments about the Toronto media came just hours after he ducked questions about drug use at a press conference, according to Global News.

Ford appeared on the Today Show with Matt Lauer Tuesday morning where he denied using illegal drugs since his first interview with the NBC host on Nov. 18, 2013.

He also admitted to having a few drinks but “not to the point of some of the episodes before.”

“If you want to talk about my personal life, that’s fine. But you know what, I’ve made mistakes in the past, I’m moving on and they’re just adamant about this interview I did this morning with Matt,” said Ford.