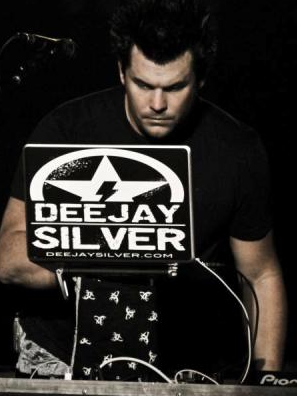 Led by Dee Jay Silver and DJ Sinister, both from Nashville, a new wave of artists who mash up country hits into beat-driven dance remixes are quickly emerging on country radio, according to The Tennessean.

Already inked to a record deal with RCA Nashville and with a local Friday afternoon show on WSIX 97.9, Dee Jay Silver (real name John Perdue) has scored a weekly radio show that will be syndicated nationally by Compass Media Networks. Dee Jay Silver will produce his radio show in between a busy tour schedule that has seen him join artists such as Aldean, Bryan, Rascal Flatts, Eric Church and Brad Paisley, whom he’s currently supporting.

DJ Sinister, meanwhile, has his own weekly radio show on US 99.5 in Chicago, a publishing deal, multiple producer credits and has been a regular on Big & Rich tours in recent years. Sinister (real name Derrick Tribbett) also has pending contracts that will take his radio show into at least half a dozen new markets, his manager said.

Their music blends country hits with driving beats and mashes them with hip-hop, rock and pop songs, resulting in the kind of music one might hear at a dance club. But the emergence as radio personalities represents the latest example of country radio embracing the genre’s party side.

Observers say the emergence of remix DJs on the radio is good for an industry, which learned again at this week’s Country Radio Seminar in Nashville about the importance of reaching listeners in the 12-34 demographic. According to a report presented to broadcast industry leaders at CRS by Edison Media Research, the percentage of 12- to 24-year-old listeners who “listen regularly” to country and those who list a country outlet as their most listened to radio station have doubled since 2000.