Comcast Corp. will charge more for heavy users of home internet in Northeast states — including Pennsylvania and New Jersey — angering customers who work and study online due to the pandemic, reports The Philadelphia Inquirer.

The vast majority of Comcast’s Xfinity customers won’t be affected by the “data threshold” next year, company officials said last week. But the extra charges come as internet usage soars across the country, with consumers increasingly making video calls and bingeing shows while stuck at home. Average monthly data usage in the United States jumped 40% during the third quarter this year compared with the same period in 2019, according to OpenVault, a Hoboken, N.J., broadband software firm. 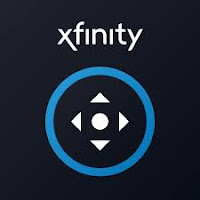 Starting in April, Xfinity will let customers use up to 1.2 terabytes of data a month before billing them more — unless they buy an unlimited data plan. Customers without unlimited data will have to pay $10 for every extra 50 gigabytes used. Unlimited data plans cost an additional $25 to $30 a month, depending on whether you rent or own your own router, a Comcast spokesperson said.

The Philadelphia-based cable giant said just 5% of its nearly 28 million home internet customers exceed 1.2 terabytes of data a month. But the news sparked criticism from customers and industry observers, who noted that the pandemic has closed schools and offices and forced consumers to do more online. Some said they would flee to Verizon Fios, which doesn’t have any data caps or thresholds, according to a company spokesperson.

Comcast said 1.2 terabytes is a “massive” amount of data, enough to watch 500 hours of high-definition video, or video conference for nearly 3,500 hours a month. Even with more people working at home, average monthly data usage was 383.8 gigabytes from July through September, OpenVault reported.

Comcast already imposed the data limit in 25 states in western and central parts of the U.S. The company had lifted the data limit on those states from March to July due to COVID-19. Now it’s rolling out the plan in the remaining 14 states across its footprint.

The company’s broadband business has boomed during the pandemic, signing up a record number of internet customers last quarter. But the coronavirus has battered its other businesses, particularly theme parks and film studios. Comcast’s net profit fell 37% during the third quarter, to $2 billion.