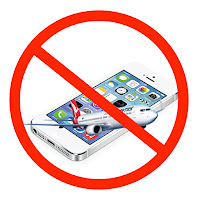 The idea drew “strong opposition” from pilots and flight attendants, the agency said Friday in a four-paragraph order.

But the proposal led to strong and immediate pushback, with travelers, flight attendants, members of Congress and others saying they were troubled by the idea of passengers talking on phones in flight. One group raised “the potential for air rage if passengers are using their cell phone.”

FCC Chairman Ajit Pai in 2017 signaled the agency would move to kill the proposal, which was created under a predecessor.

“Taking it off the table permanently will be a victory for Americans across the country who, like me, value a moment of quiet at 30,000 feet,” Pai said at the time.

Restrictions on in-flight calling were put in place to prevent interference with flight controls, radios and navigation equipment. The FCC in 2013 anticipated using technology that funneled calls through an onboard system.