Pay-TV Consumers To Get Sports Rebates 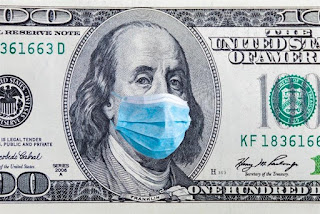 More than $1 billion will soon start to flow back to U.S. pay-TV subscribers in the form of refunds and credits, compensating them for the year’s many pandemic-related sports cancellations, reports Bloomberg.

Now, after months of unwinding insurance settlements, league payments and regional-sports-network fees, the total rebates from RSNs could be as much as $1.1 billion, according to an estimate by Brandon Ross, an analyst with LightShed Partners.

“The only winner is the customer,” said Ross, adding that the payback will vary by market. For example, the math says about $14 for the average Charter video subscriber, Ross said.

Charter intends to credit as much as $218 million back to pay-TV customers for sports-network rebates, according to executives on an Oct. 30 earnings call.

Verizon was the first of the big pay-TV providers to notify customers that repayments were coming in the form of credits on their bills.

AT&T said it will provide “courtesy adjustments” to customers who paid for regional sports channels from April to July. Customers will receive the full amount that the company receives back from the sports networks, according to a spokesman. He couldn’t provide a total value of the refunds.